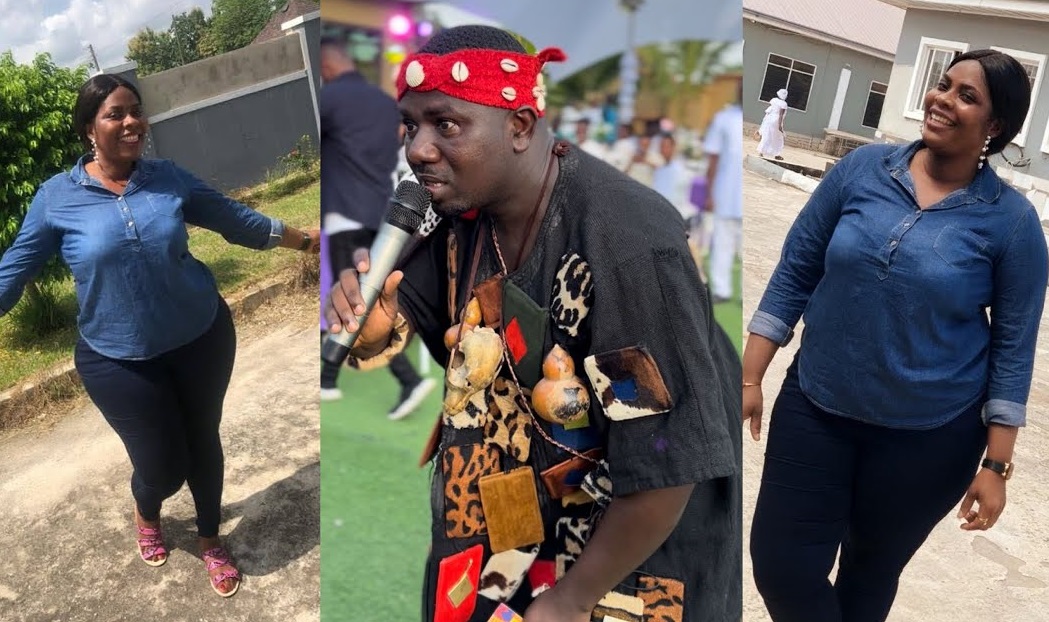 Kumawood actor, Collins Oteng, popularly known as Okomfo Kolegae, has finally confirmed reports about the sad passing of his wife.

News broke on Sunday, November 20, 2022, that the actor had lost his wife, Millicent Oteng, when she was going to deliver their baby at the hospital.

At the time of the report, it was revealed that Okomfo Kolagae, together with the family of his late wife had settled on December 17, 2022, as the date for her burial in her hometown, Koforidua Tabere located at Abuakwa in the Ashanti Region.

In the first public comment the actor made about the death of his wife, he confirmed the said date for her burial and revealed how heartbroken he was when it happened.

He also used the post shared on his Facebook wall to invite friends and sympathizers to come to mourn with him on the date announced as he finds a final resting place for his beloved wife.

‘Hello Friends, My wife Millicent Oteng was a beautiful lady with a beautiful heart. She always took care of everyone around her. Unfortunately, death took her away from me together with my unborn son. I respectfully invite you all to her funeral on the 17th of December. 😭😭😭😭😭,’ he wrote.

Until her untimely demise, Millicent and Okomfo Kolagae were blessed with two kids.

Condolences to the family and the actor.