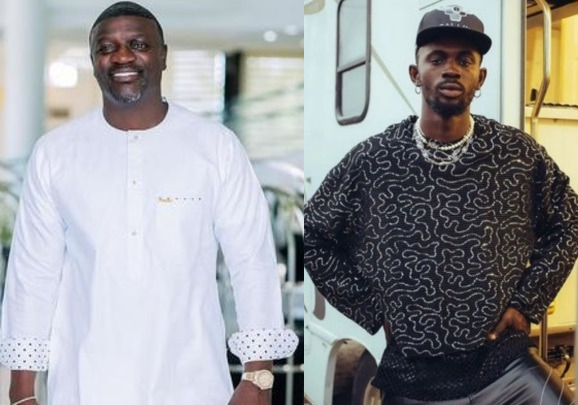 Black Sherif has yet again been endorsed by one of the authoritative voices in the music business globally.

The Senegalese-American singer, record producer, and entrepreneur, Akon, in an interview on BBC Radio 1Xtra show revealed that he is a huge fan of the sensational young talent from Ghana.

According to him, the one thing which is probably making him a fan of the ‘Second Sermon’ hitmaker is the manner he reminds him of how he started off from the ghettos and the struggles he went through before he finally got his breakthrough.

The CEO of Konvict Musik also went further to project Ghanaian singer, Black Sherif, as the next biggest export from Africa to the rest of the world.

He also added that Black Sherif is currently the voice of the youth in the continent of Africa.

“I’m a huge fan of Black Sherif, he reminded me of the energy of myself when I first came out, you could literally hear the pain, the struggle and the challenges in his voice whenever he sings. I remember during his first record, a friend of mine called Bako from Mali played me this sound and I said who the F is that. I was like bro! like you can hear in his voice and feel the pain, struggle and the challenges. But you can also hear a ghetto kid just wanting to get out. Like its real and nothing fabricated. I was like wow; this kid is going to be something big. If nobody major picks him up, they ought to pick him up before I do,’ Akon stated.

‘Hungry-looking Bracko Sherif’ Spotted Hanging Out With Fans In The Streets...