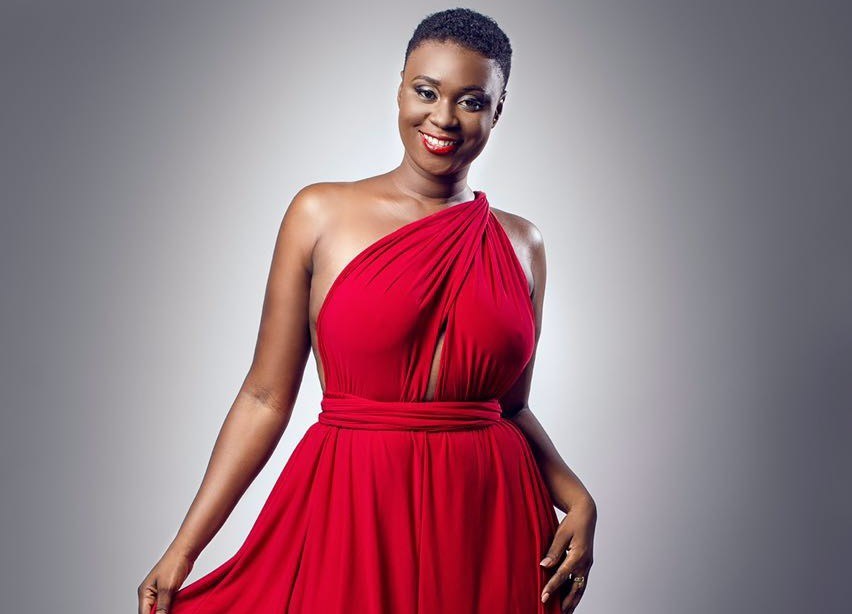 Actress Bibi Bright has taken to her Facebook to share her near-death experience at the hands of her then boyfriend.

Sharing the scary story, Bibi Bright said that her then-boyfriend started playing around with a gun he owned after he had come to pick him up from home somewhere in 2014.

READ ALSO: ”We Have Not Held Anyone At Gunpoint To Donate To Us” – Says Beverly Afaglo’s Manager As He Finally Reacts To Backlash Over Her Appeal For Funds

Bibi Bright added that there were times this guy brandished the gun at her head and on all these occasions, she tried her possible best to tell him to stop waving at her.

However, the guy said it was not really necessary with the claim there was no bullet in the gun.

In the end, it turned out the guy was wrong and he nearly blew her brains off because there was one bullet in the guy which came off accidentally.

Bibi Bright concluded that it was a prayer of her uncle that actually saved her.

“Looking through my drive and I came across this pic from 2014.

.This would have been my last picture taken because just 4hrs later I survived what would have been a gunshot to the head by just a few inches . My then boyfriend picked me up from work and before I got into his car, my uncle’s pastor, Pastor king who had just arrived from Dubai decided to just say a prayer for me before I left.. if not anything I remember the line ‘you will not die before your time’
.
. Fast forward am in my man’s house and he’s is flexing with his gun ” registered” he jokingly pointed the gun to my head and I remember shouting that he should take it away from my head cs I don’t trust my house people, he kept laughing at how am scared of guns, he took the bullet case out and pointed it at my head again, I kept telling him to please take it away from my head then He said “don’t worry it has no bullet in it, see, then the gun went off !! Just a few inches from my ear.! Apparently a bullet moved up before he moved the bullet case!

“I remember screaming loud, don’t think I have ever screamed that loud again in my life but i could not even hear my self scream because my ear was deaf from the sound of the gun.

“His friends rushed to the room screaming wondering why the gun had gone off. I sat on the floor and WEPT!! I remember He was also crying but at that point I didn’t care what he was feeling because all that was playing in my head was the pastors prayer for me. From that day on wards, I changed my mindset about Jehovah God, my heart turned towards Him and I have never looked back again.”