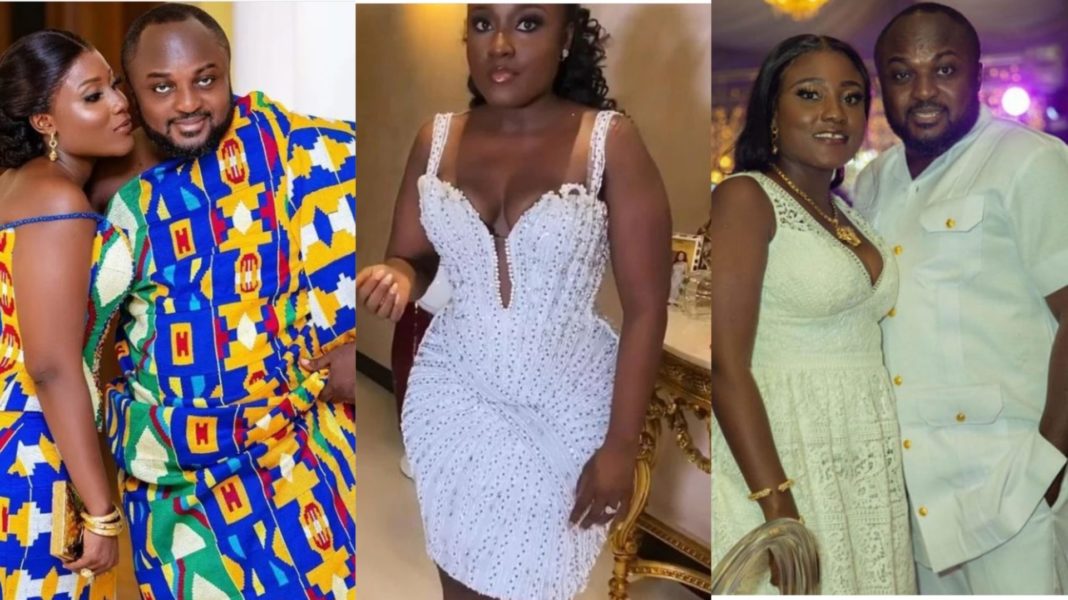 Barimah Osei Mensah, the CEO of Adinkra pastries has finally come out to react to viral reports alleging that his wife, Anita Sefa Boakye has asked for a divorce from him.

The couple got married some nine months ago in a ceremony that become the talk of the town and made many headlines because of how they decided to sell the culture of the Ashantis in an opulent manner.

Out of the blue, controversial blogger, Tutugygu took to Instagram late yesterday to allege that Anita and her husband, Barima Osei Mensah are divorcing.

Even though the blogger stressed that the report he shared was just a rumor she had heard, the story made its way into the news and began to stir a lot of reactions.

Amid the reactions, another faceless Instagram blogger who is equally controversial, ThoseCalledCelebs came to shoot down the reports and stressed that the reports were fake news.

Now, Barima Osei Mensah has also come out to categorically deny any report about any divorce between himself and his adorable wife.

In a reaction to the reports on his WhatsApp status, Bariman Osei simply said: ‘Eii Ghanafo)’ and added a laughing.

So there you have it, the reports are FAKE.