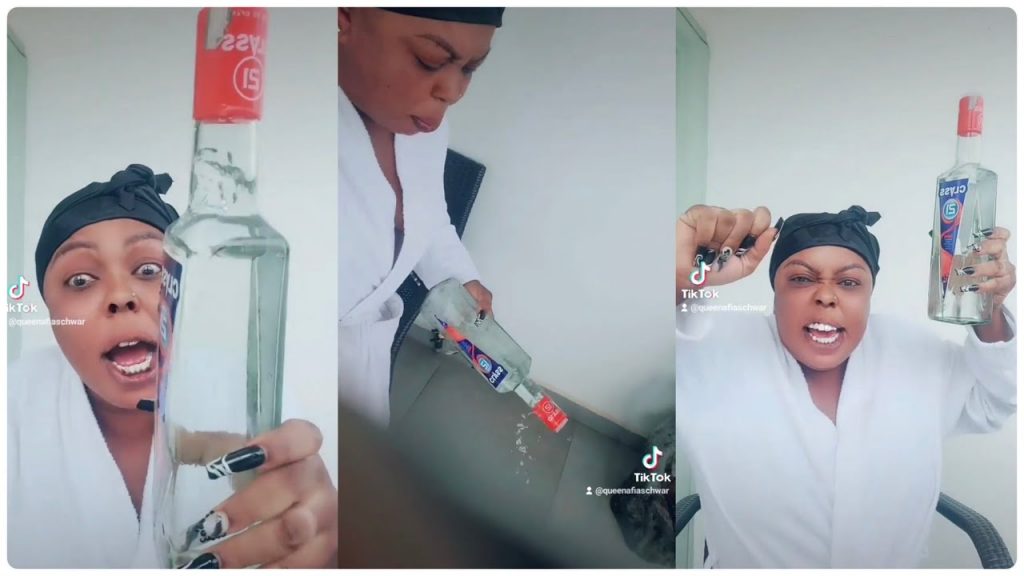 Afia Schwarzenegger has made a U-turn over claims that the Chief of Staff, Akosua Frema Osei-Opare gave her GHS 50,000 for her father’s funeral.

After her father’s funeral, Afia thanked Madam Opare for contributing GHS 50, 000 to help bring the deceased’s casket to Ghana.

A lot of people gave wild comments about this.

Following the reactions, Afia Schwarzenegger has denied receiving such an amount from the Chief of Staff.

The Ghanaian comedienne said in a video available to Zionfelix.net that she didn’t receive a penny from Madam Opare during the funeral.

READ ALSO: The Feminists Are Quiet Over Abena Korkor’s Misbehaviour But You Will See Them Coming Out With Big Grammar If Someone Abuses Her – Captain Planet

Afia Schwar claimed a message she sent to her [Madam Opare] concerning the funeral was not even “acknowledged”.

She added that it is only fools who will believe that she was given GHS 50,000 by Madam Frema Opare.