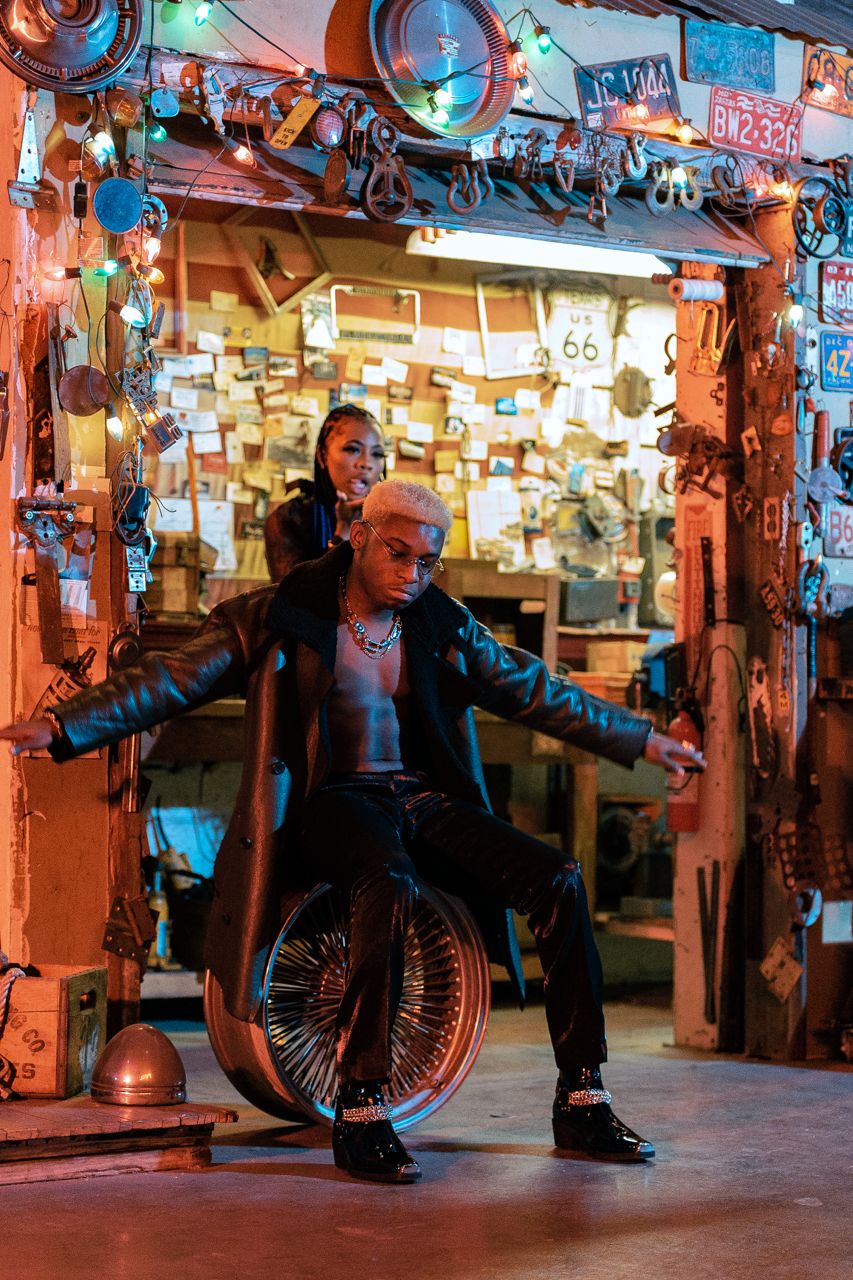 Serenade Your Lover With Gyakie’s New Single, “For My Baby”

Afrobeat act, Praise Kusi is out with beautiful visuals for his latest single titled, Afro Magic.
The video was scheduled for an earlier release in March 2022 but it was delayed just to add a magical touch for music lovers to enjoy it.

Directed by 35MM DREAM FILMS, the colourful piece tells an in-depth story of love and how partners must treat each other.

Praise is expressive about his African love and his insatiable quest to always be with his queen. He wants her to give him that ‘spiritual vibes’ and love on daily basis.

The 24-Year-Old is very clear about his intentions here and he and his director could not have executed this video anymore convincingly.

Shot in different locations in the New York and California, what makes this clip even more amazing is the unique blend of western and African cultures.

“We wanted to create something different from the rest of my videos. We wanted to try things with colours, dresses and locations. So Afro magic video is a very colour focused type of video. The director wanted the music video to be something magical mixing the African tone and the western in one,” he said when he explained the concept of the video.

“I think viewers will love the visuals and the quality of the video, what I expect them to take from this video is a great representation of our culture after watching it,” he added.

Praise was born in Ghana but raised in the US. He started music at a very tender age.

According to him, his dad who used to be in a musical group back in the days bought a piano for him and his siblings. This got him listening to music every night before bedtime, explaining his love for music especially reggae, Afro and pop music.

“Music became something that helped me to share whatever I wanted to. I’m very good with what I do and with the help of my team, I feel am motivated to do whatever it’s necessary. It hasn’t been easy but we are still motivated,” he indicated.

Praise is indeed not a novice in the music scene as he has already received nominations for the Ghana Music Awards USA and also has an EP titled Black Melanin which includes five (5) songs.

His new single, Afro Magic was released on March 18, 2022, before the video and is currently enjoying great reviews.

The new video is out on other streaming platforms and YouTube. “Buckle up, sit tight, have fun and enjoy my music video,” Praise tells music enthusiasts across the world.