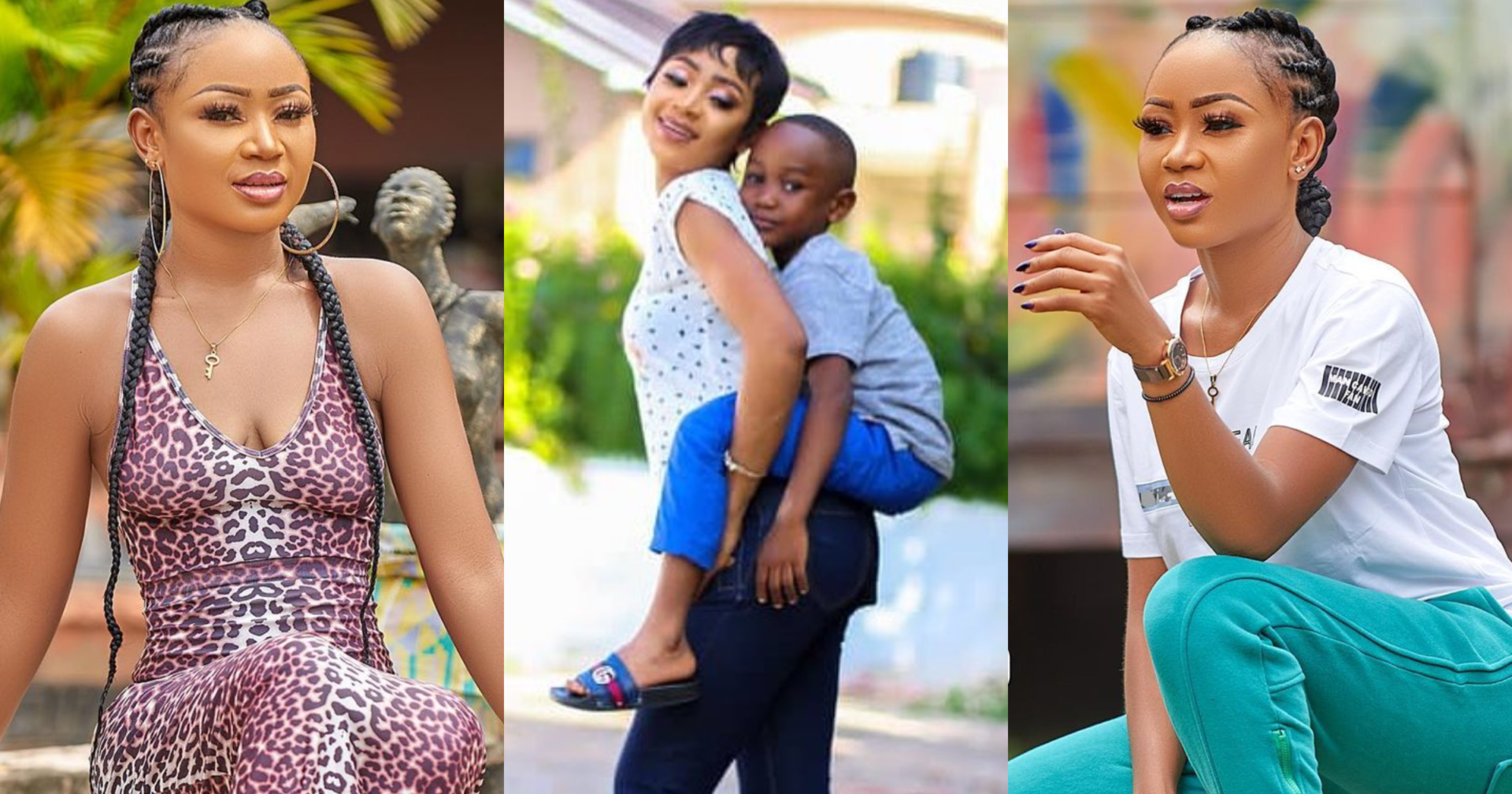 Zionfelix.net has picked up a report which suggests that the popular social media sensation, Rosemond Alade Brown aka Akuapem Poloo has changed her earlier not guilty plea to a guilty one as a Circuit Court in Accra fixed April 14 2021 date to commence her trial.

The trial is the repercussions of the charges the Ghanaian actress has been facing for sharing a naked photo she took in the presence of her son and shared on social media to mark his birthday.

READ ALSO: Ayisha Modi Schools Kaybos On The Street Code, ‘Don’t Fu*k With Someone Who Has Disrespected Me’

The revelation about her change in plea came to light after her lawyer, Mr. Andy Vortia appeared before the court for case management conference.

The court presided over by Christina Cann, stated that the evidence of the prosecution witness, Executive Director of Child Rights International, Bright Appiah, would be taken at the next sitting and that the case investigator would also mount the witness box.

Mr Vortia prayed for a long adjournment as his client would be travelling to Nigeria where she had signed a contract for some movie production.

The court noted that the contract was not signed.

Rosemond then explained that she left a signed copy at home.

Defence Counsel also informed the court that his client would also like to change her plea of not guilty to guilty.

Rosemond, a social media entertainer, has been charged with publication of obscene material, and two counts of engaging in domestic violence.

Police Chief Inspector Agartha Asantewaa, the prosecutor, told the Court that they were comfortable with the new date.

The case, as narrated by prosecution earlier, is that the complainant, Mr Bright K. Appiah, is the Director of Child Rights International Ghana.

On June 30 last year, the prosecution said Rosemond celebrated her son’s seventh birthday and took her nude pictures together with her son, who was also half naked and posted same on her Instagram page, which went viral on social media

The pictures attracted comments, adding that the behaviour of the accused person undermined the dignity of her seven year old son among others.

The prosecution said the complainant petitioned the Director-General CID and the matter was referred to the Domestic Violence and Victims Support Unit (DOVVSU).

Rosemond, prosecution said, was arrested and in her caution statement, admitted posting the nude picture with her son unintentionally.

A write up accompanying the picture read: “I am naked in front of you because this is how naked I was giving birth to you, so in case you find me lying somewhere don’t pass by but see me as your mom who brought you to life.”

The prosecution held that Rosemond deliberately posted the pictures.

Most Celebrities Don’t Want To Work With Me – Rosemond Brown...