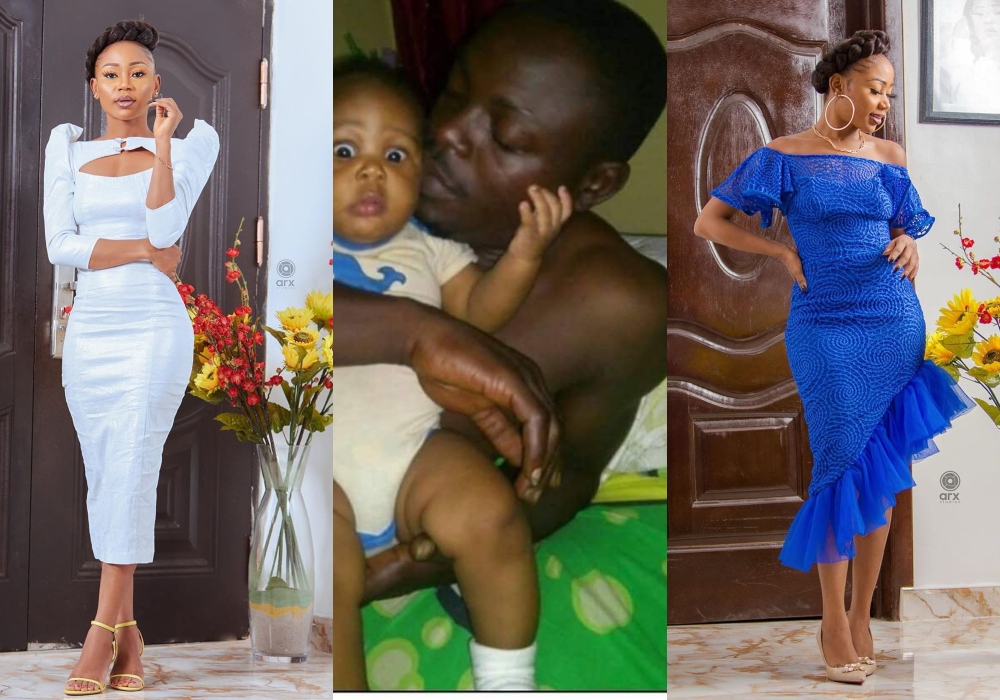 Akuapem Poloo’s baby daddy has added more injury to the actress’ wound by calling her out for posting a photo of her naked self while standing in front of her son all in the name of a birthday celebration.

According to the video vixen’s baby daddy, Akuapen Poloo was a disgrace to all women and need to be punished for acting the way she did.

Akuapem Poloo’s baby daddy believed to be called Mr. Afoko, did not take sides with the mother of his son but rather called for a deserving punishment on her to deter others from also doing same.

READ ALSO: Asamoah Gyan Reacts To Trolls After Ghanaians Remember His WC Penalty Miss Against Uruguay 10 Years Ago – This is what he had to say

“Poloo has disgraced all women and she needs to be punished for her actions. How can a sane person share naked pictures of herself and our son on social media… I’m very disappointed in her…,” he is reported to have said.

The actress turned musician, in celebrating her son on his birthday, posed stark naked in front of him while he wore just underpants and they had a picture taken.

The picture was then uploaded on social media and it attracted massive backlash and a handful of praise and adoration on the other hand.

Noise made on social media over the photo drew the attention of Child Rights International who reported the photo to the Criminal Investigations Department of the Ghana Police Service.

An invitation was also reportedly sent to Akuapem Poloo known in real life as Rosemond Alade Brown to come to the headquarters of the CID.

Mr. Afoko agreed that though he was not taking care of his son, Akuapem Poloo has also proven to be a disgrace to the entire fraternity of women everywhere in the world.

Following the widespread criticism, Poloo took down the photo and replaced it with a rather decent one.