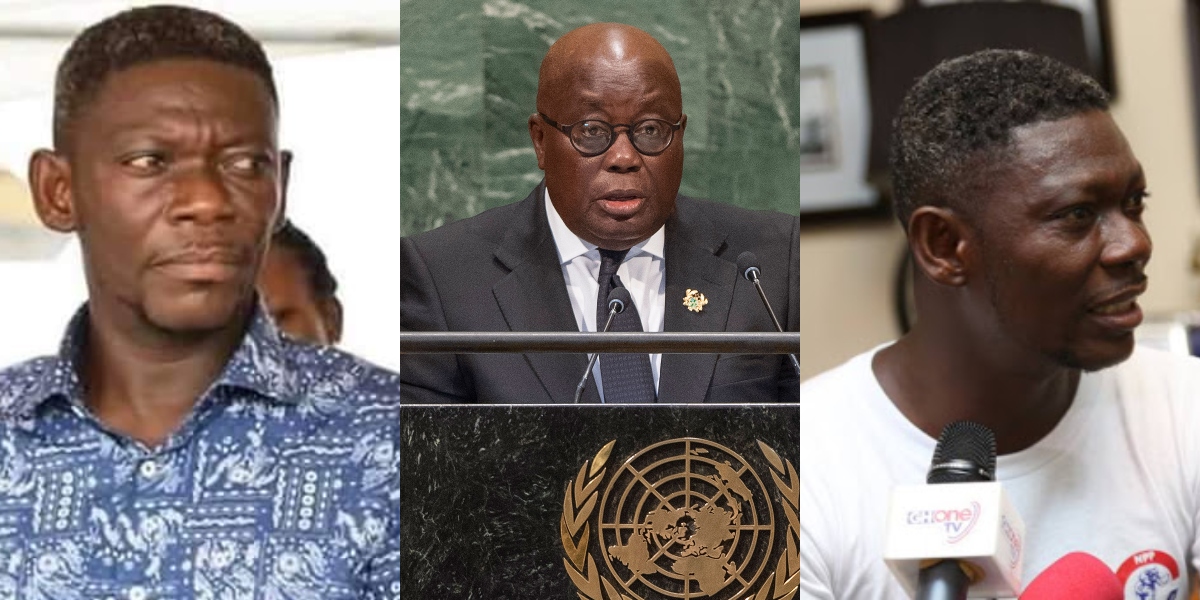 Veteran Kumawood actor, Agya Koo has claimed that Akufo-Addo has performed than every Ghanaian President since independence.

The actor made the controversial claim during an interview with actor and vlogger, Kwaku Manu.

Agya Koo stated that regardless what anyone says, to him, no government can compare itself to the works of the Akuffo-Addo.

He admitted that everyone played their part in building the country but no one comes close to the current President.

The veteran actor is that when he looks at the works of the President, he concludes that it is his communicators who have failed to market his achievements.

When pressed about the good works of Ghana’s first President, Dr. Kwame Nkrumah, Agya Koo surprisingly claimed that the respected African and global icon didn’t do anything significant when he was President.

He added that most of the things accredited to Dr. Kwame Nkrumah were projects done by the whites, not him.

Watch his submissions below:

Share
Facebook
Twitter
Pinterest
WhatsApp
Previous article
VIDEO: ‘Our Marriage Will Put Ghana On The World Map Because We Are The Most Intelligent People In Ghana’ – Joyce Dzidzor And Her Husband, Dr. UN Brag
Next article
Kafui Dey Submits Stonebwoy’s ‘Greedy Men’ To Grammy Recording Academy For Nomination
- Advertisement -

Your Hate For Lilwin Is Too Much – Lilwin’s PRO Tells...