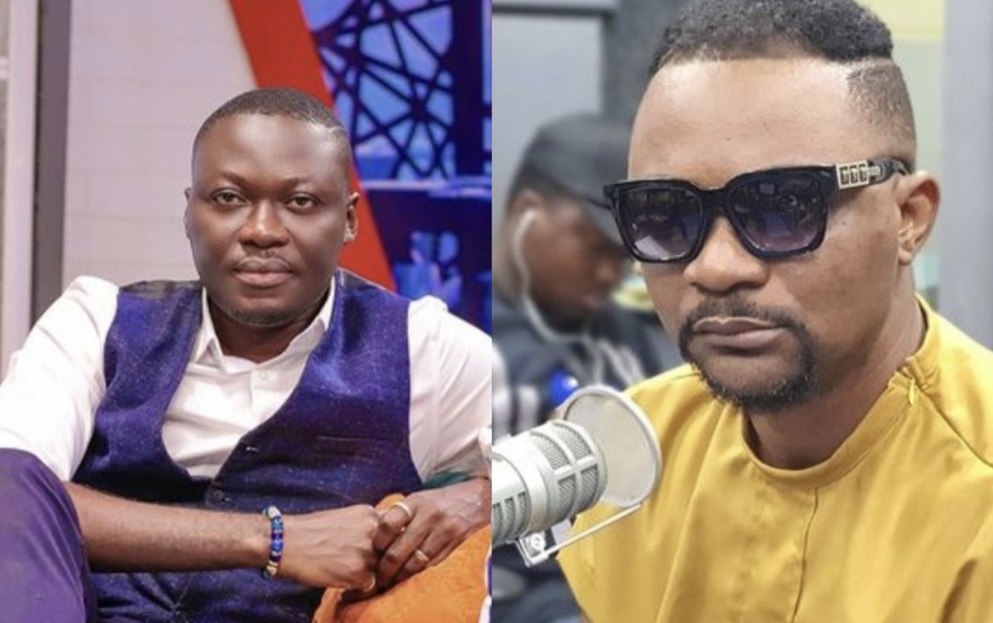 It was a near fist-fight between entertainment critics, Arnold Asamoah-Baidoo and Mr. Logic when they met on UTV’s United Showbiz show last night.

The cl@sh between the two ensued after Mr. Logic became angry that his colleague, Arnold Asamoah-Baidoo interjected when he was making a point.

Mr. Logic at the time of Arnold’s interjection was reacting to a recent viral video of Pastor Love who happens to be the ex-husband of Obaapa Christy expressing his displeasure about how he has been denied access to the three kids they have even though the court gave both of them custody of the kids some twelve years ago when they divorced.

In the course of sharing his opinion, Arnold interjected and said a few things to counter Mr. Logic’s assertion – an action that got the latter to question why the former was interjecting and also whether the former has been all good to his wife after they got married some years ago.

The question Mr. Logic asked appeared to have hit a nerve in Arnold who also brought back an instance where Mr. Logic also interjected Bullgod when he was given the time to also speak.

They went ahead to engage a few words with their tempers flaring all over the place and at some point, it appeared that they wanted to be given a boxing ring to physically fight it out.

Watch a video of the moment below…