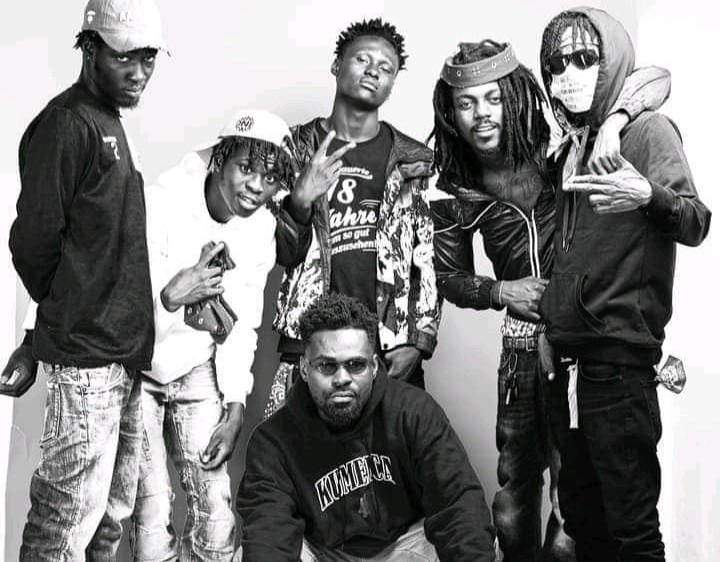 Members of the Life Living Records or the Asakaa Kumericans have rejected nominations from the 3Music Awards scheme and declared a boycott of the entire event.

Although they acknowledge the recognition accorded them by the scheme, Asakaa Kumericans asked the scheme to take their works off any of the nominations because they fell disrespected.

Upon sober reflections and thorough deliberations with the camp , the outfit of life living records (ASAKAA-KUMERICANS)wishes to announce its disinterest to be part of the Ghana 3musik awards indefinitely and respectfully beseech the scheme to take off any project or artistes from the camp out of nomination list ..
They however appreciate the attempted recognition by the enviable scheme yet expresses thorough dissatisfaction and disappointment over the poor and degrading review of their works and artistes on their major influence on the creative industry in Ghana particularly with 3music awards.
LIFE LIVING finds certain nominations and category under which their projects and artistes are placed demeaning, insulting and a disrespect to their brand and camp and will not countenance or accept this humiliation in any way.
LIFE LIVING didn’t confirm or acknowledge any official receipt of mails in connection with these nominations in question before its official out-dooring hence fails to accept their nominations without prior information on the specific categories.
LIFE LIVING emphasises on the poor review of their works and projects and it’s diaspora (global) influence and disapproves any attempt to belittle their effort of keeping the Ghana music industry alive the year under review with demeaning nominations hence lashes on the poor assessment by scheme’s board on their impact as a record label and their artistes.
LIFE LIVING wishes to state that #KUMERICA as a fan army as described and nominated by the scheme should be withdrawn as it puts the whole regional movement in same basket with artistes fanbase.

KUMERICA is bigger than the category under which it has been captured and the camp fails to accept the nomination of # KUMERICA as a fan army since this can create a narrative contrary to the actual rationale and purpose behind the movement.

LIFE LIVING RECORDS will wish to define the status and grading of its artistes in the industry according to their impact ,fan acceptance and global recognition and on record, the camp ie( O’KENNETH, REGGIE, SEAN LIFER,JAYBHAD, CITY BOY. KWAKUDMC,BRA BENK , RAABY JONES does not subject its artistes to the industry’s artistes grading system as “A-list” , “mainstream, ” breakthrough, ,unsung or next rated ….
It’s focus is geared towards a “game-changers” agendum and will not succumb to a tag that does not commensurate or represent the actual status of their artistes and vision as a record label.
” Finally, LIFE LIVING records regardless of its position on these awards schemes wishes all its colleague KUMERICAN artistes involved well in projecting the city in their respective ways possible since the common agenda is to “Empower the city” …
Released by: singed: BENK MONI

Asakaa Boys Snubbed Us When We Called One Of Them For...