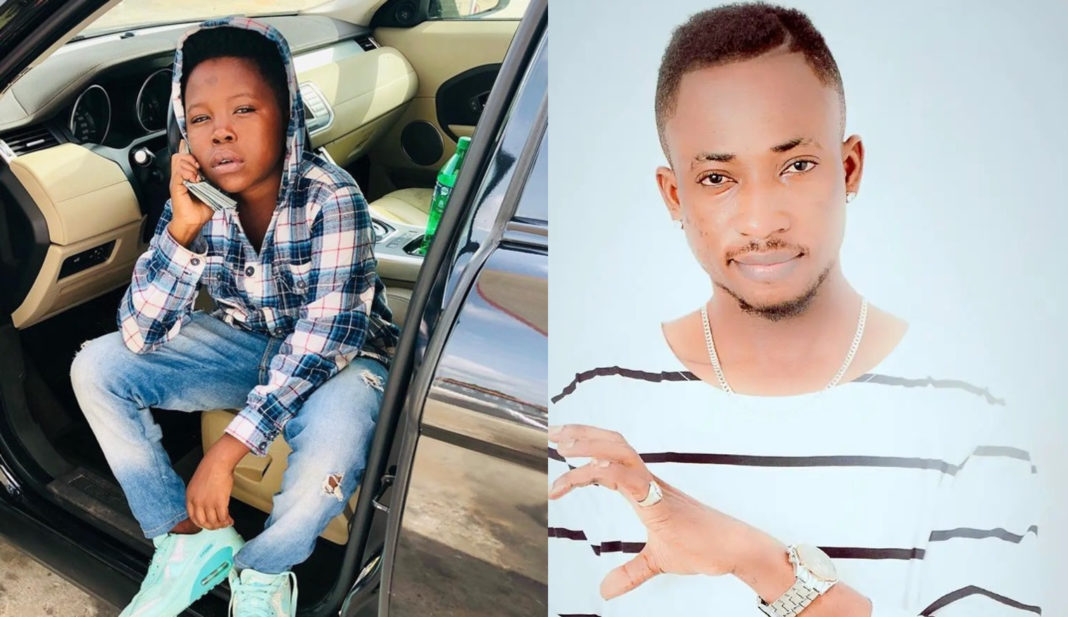 Even though the two entertainers were seen together a lot of the time back then, especially after Atom got his breakthrough in the music industry with his hit song, ‘Yewo Krom’, for some time now, that is no longer the case.

According to Kompany, they had their fallout after Atom failed to take him on a world tour he embarked on after his Apple Music deal even though he was more or less his closest associate.

Kompany went on to add that Atom was always making him miss a lot of opportunities on the acting scene because he was always taking him to one place or the other.

The comic actor recounted an incident that got his then-godmother, Nana Ama Mcbrown angry. He mentioned that while he was supposed to be on set with the Empress for the shooting of a particular movie, Atom was driving him around some areas in Accra, and eventually he was late for the shooting.

So in the end, he had to decide to walk a different path on his own because the association between himself and Atom was more or less that of a master and ‘boy boy’.

In other news, Kompany and his family are currently in dire need of public support to help get their mother some help before she losses her eyesight.

Share
Facebook
Twitter
Pinterest
WhatsApp
Previous article
Listen Up: Shatta Wale Releases ‘Cash Out’ Off His Much-anticipated ‘Gift Of God’ Album
Next article
Felicia Osei Speaks About How Her Father Abandoned Them When She Was Five Years Old – Watch Video
- Advertisement -

Actor Kompany Begs Ghanaians To Come His His Aid After His...