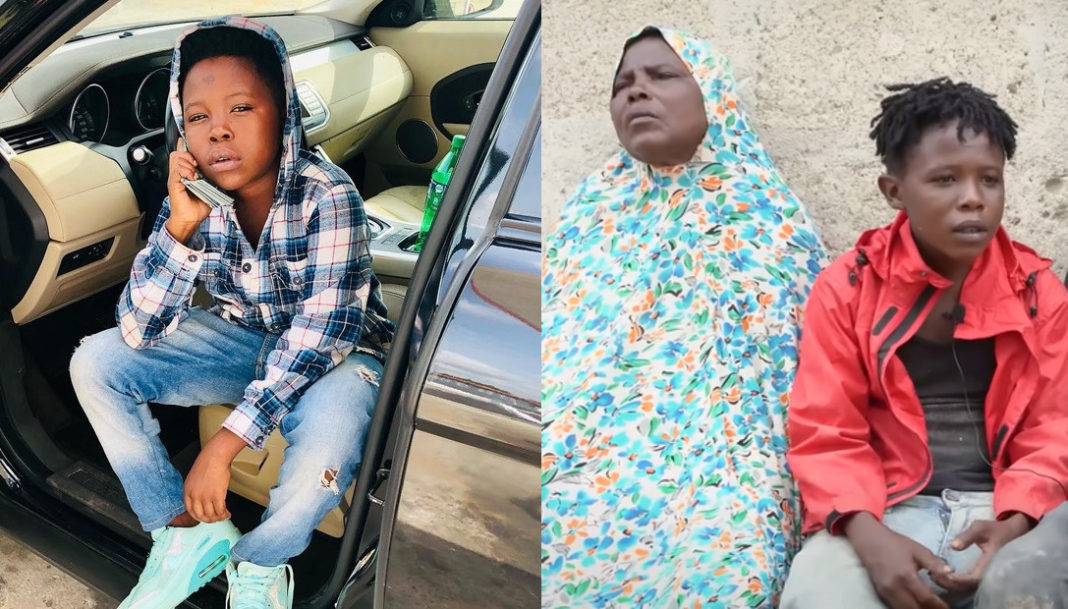 Ghanaian actor, Kompany, has appealed to Ghanaians to come to his aid and assist him to prevent the eyes of his 56-year-old mother from going completely blind.

The diminutive actor made this appeal when he recently spoke to award-winning Ghanaian blogger/vlogger, Zionfelix.

According to him, times have been rough financially for him and his family because all the money he saved when he was actively acting in movies has been spent to give his mom the needed help.

Sadly, he is not getting any roles in recent times to play in these movies and as a result, he does not get money to continue to pay the bills to give his mother the needed medical care.

His brother who was present during the interview also spoke about how they have been told by some medical personnel at the Agogo Government hospital that their mother might likely lose her sight if they don’t find money and act quickly.

Kompany in the end provided a mobile money number and asked people who want to provide any sort of financial help to kindly do so.

Becoming A Celebrity In Ghana Is Useless – Actor Reveals