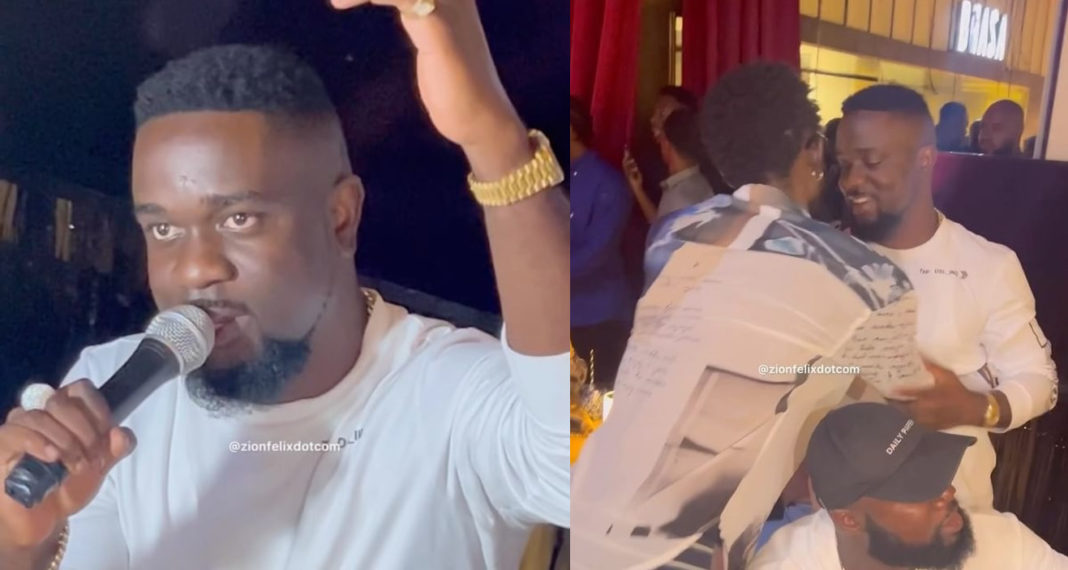 The revered ‘landlord’ of the Ghana music industry, Sarkodie, has revealed that arguably the most sought-after Ghanaian artist right now, Black Sherif, has one of the biggest records in South Africa now.

The boss of Sarkcess Music made this revelation when he attended a private cocktail party Black Sherif and his team decided to put together to celebrate the successful release of his debut album, ‘The Villian I Never Was’.

According to the ‘Labadi’ crooner, on his recent trip to South Africa to shoot the music video for some of the songs on his #Jamz album, he decided to pass through a few night club just to have some fun.

At these nightclubs, Sarkodie disclosed that he noticed that almost all the people there were always eager to listen to a song from Blacko, and the manner they reacted when the song is finally dropped was just out of the world.

The BET award-winning musician also told the ‘Second Sermon’ hitmaker to keep his eyes on the ball because this is just the tip of the iceberg because he is truly destined for success in the music industry.

Watch the video of the moment Sarkodie made this revelation below…

Photos Of Sarkodie & Titi Hanging Out With Ayew Brothers, Coach...