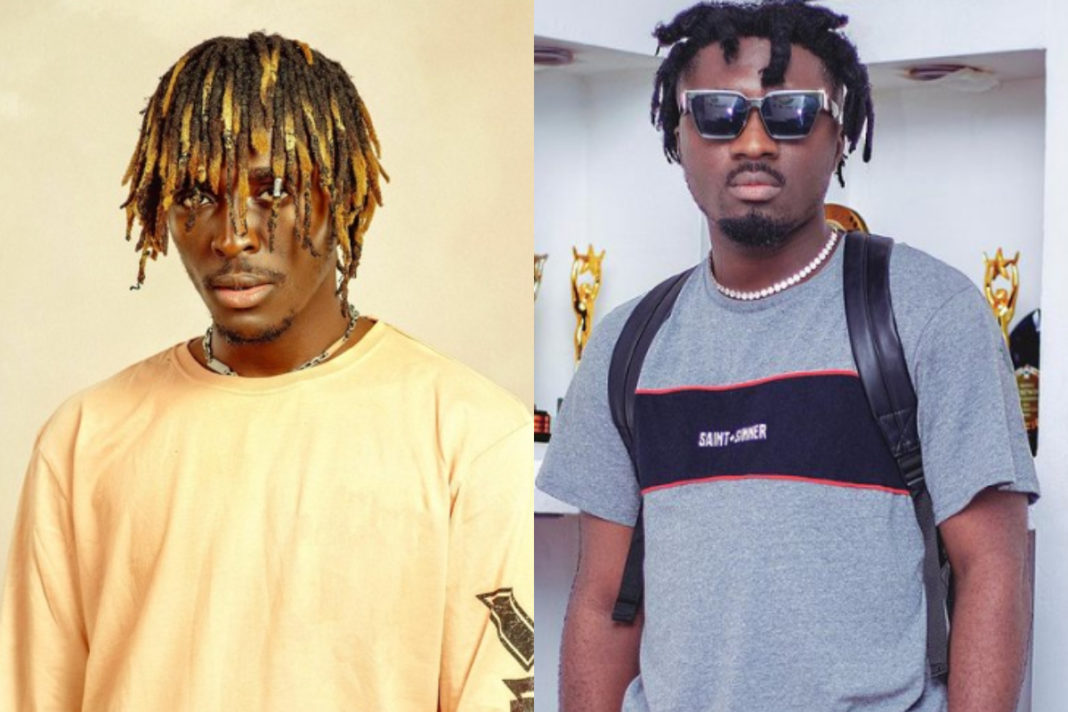 Whatever the issue is between Ghanaian rappers Amerado and Kofi Mole, it appears to be more serious than many people believe.

Just when many people thought it was all over and that matters between the two were settled, they decided to take a dig at each other on Twitter.

The latest social media exchange between Amerado and Kofi Mole happened on Twitter on Saturday, October 15, 2022, after the latter decided to take a literal swipe at the former.

In that first jab for Amerado, Kofi Mole wrote “I’m too ayongo for your rolex,” as his way of mocking the former.

I'm too ayongo for your rolex 😭

His jab got a rather quick response from his target who also described him as a ‘dead’ rapper who couldn’t survive in the industry. “Your career make too beans for your gari,” Amerado retweeted.

Your career make too beans for your gari https://t.co/4lFIWEE7D3

Kofi Mole decided to come back again and this time he decided to suggest that Amerado has been trying so hard to be like Sarkodie and advised him to stay original.

“Till you stop being a fake Obidi, you will never have a career.@Amerado_Burner. Banku artist,” he wrote.

While Amerado came back to shade Kofi Mole, stating that he actually has no career.

LISTEN UP! Amerado Out With A New Song Titled Taxi Driver