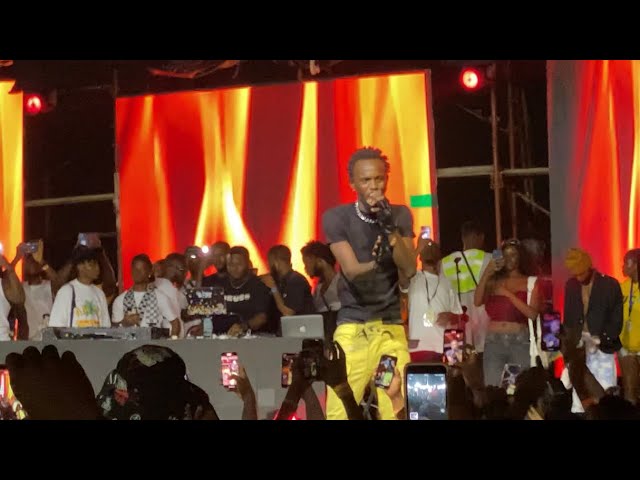 The event was quite successful with spectacular performances from the top artists who were billed to perform.

READ ALSO: Black Sherif H0t As Father Of Clementina, The Lady He Used In His Hit Single ‘Oh Paradise’ Makes Wild Allegations Against Him – Watch Video

Big names like Sarkodie, R2bees, Joey B, Gyakie, Darko Vibes, and the others mounted the stage and gave the patrons a night they would remember for a pretty long time.

Despite all these successes at the festival, most of the patrons have expressed their displeasure over the manner sensational young musician, Black Sherif‘s performance was handled on the night.

READ ALSO: The Date For The Final Funeral Rites And Burial Of Ekow Blankson Announced

In a series of tweets that have been shared online after the festival, some prominent people in the media space like the CEO of Entamoty Media, Amoaning Samuel revealed that the organizers of the show, Echo House did not do enough to prevent the artist from being embarrassed.

Apparently, the ‘Second Sermon’ hitmaker was left stranded on the stage for many minutes when he was all set to perform simply because his mic had an issue and there was also a lot of interruption with the sound.

Check out the tweets he made below…

Black Sherif Was not Sabotaged! Show Organizers didn’t do their best !