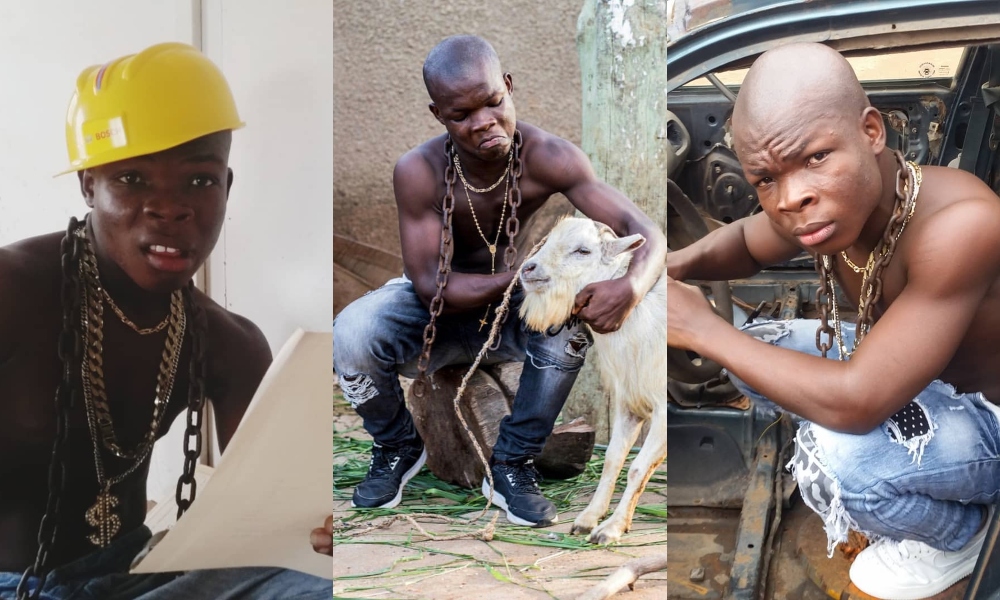 Sensational Ghanaian comedian and musician, AY Poyoo has donated the very first pay he got from YouTube to an orphanage that is yet to be named.

In a video posted on the IG page of Zionfelix, the rising star indicated that it had always been his dream to give to the needy.

According to him, anytime he saw children in orphanages, he wished to be able to help them but did not have much to give, and therefore hoped that God would bless him one day to be able to lend a helping hand.

AY Poyoo further assured that his gesture was not a one-time activity but a commitment he has made to never turn his back on the poor and needy, especially children in orphanages.

Poyoo, also known as the Face of Ghana Rap, used to be an underground rapper but shot to fame within just two weeks of working hard to appear in the limelight.

Not long after, the Ghanaian musician went viral in Zimbabwe, South Africa and other African countries as a song he released on YouTube, GOAT, got over 300,000 views in just 10 days.

Now, it is safe to say that Poyoo has become one of the most trending artistes in Ghana.

Patapaa And AY Poyoo Link Up To Remix Their Version Of...