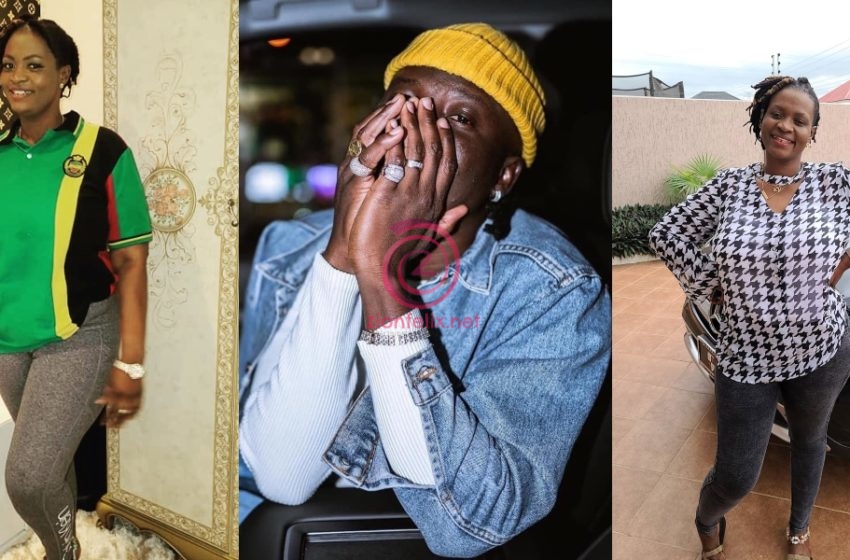 Ayisha Modi, known on social media as She Love Stonebwoy, has displayed Stonebwoys massive wealth by putting his expensive cars and huge mansion on display.

In a video sighted by Zionfelix.net on IG, Ayisha Modi displayed all of Stonebwoy’s cars in his plush mansion which has been christened the BHIM Residence.

The video showed a lot of customised cars parked in the forecourt of the house with some having customized number plates.

Ayisha Modi went round the house to sjow how huge it was and also captured the customized swimming pool in the house.

She went on to have a chat with the people in the house including Stonebwoy’s younger brother and some people who were standing around the plush edifice.

Ayisha Modi indicated that Stonebwoy was so rich but he refused to flaunt his wealth on social media like others will do.

She Loves Stonebwoy added that Dr Louisa Satekla was also not a show off so it was hardly for her to flaunt their riches on social media.

It appeared Stonebwoy was filming something around the pool area as Ayisha zoomed in to see show what was happening.

Not long after Ayisha took BHIM fans on a tour of the house, Stonebwoy came out and was goofing around as he sat on the bonnet of one of his plush rides.