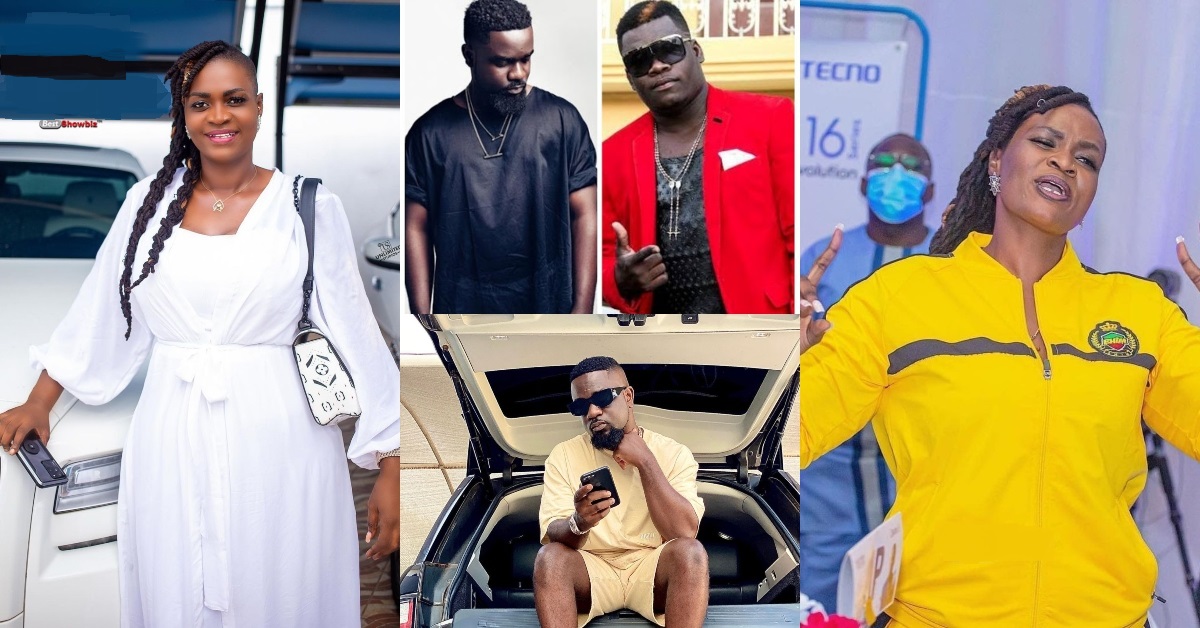 It appears Sarkodie’s decision to finally reply to the wild allegation’s Ayisha Modi made against him some weeks ago via a song of Joey B he featured on will see him suffer more in the hands of the entertainment enthusiast, who is popular currently because of her association with Stonbwoy.

After launching multiple attacks on Sarkodie after she listened to the song, Ayisha Modi has come back with more pepper for the @$$ of the Sarkcess Music boss.

READ ALSO: Asem Aba! Wendy Shay Disgraces Herself On Live TV As She Couldn’t Spell The Name Of Her Role Model, ‘Beyonce’ (Video)

In her latest attack on Sarkodie, the self-named godmother of Stonebwoy shared a rare photo she probably took of Castro while he was alive and fire Sarkodie with the caption.

According to her, she will fight with the last drop of her blood to ensure that the likes of Sarkodie and the others who owe Castro money pay back every dime.

She again made a fresh allegation that Sarkodie owes a lot of producers who have worked with him so he should stop behaving like he is a big guy who has too much money and pay them what they are entitled to.

His long post sighted by zionfelix.net read: “KISS 💋 OF LOYALTY. Hey I got you for life do u hear me! Don’t let their fake smiles deceive you! Focus! Stand on your own! Help them if u can but don’t pay attention to their fake love 💕! Work hard! Am proud of how far u have come. This was exactly my words to u and your brother Kwame on the streets of London. One ☝️ Loyal Friend is worth more than 1billion fake ones. How I wished u were here to see that all I was telling u was for ur own Good @castrounderfire . Must I fight ppl for ur Rights? Thank God we won Fii! Am taking every dime from any Fool that owes you and that’s a PROMISE 🙏🙏🙏 . THANK YOU FOR NOT HIDING ANYTHING FROM ME FII. YES WE WON AND U GETTING EVERY SHIT U WORKED FOR BACK🤣🤣🤣🤣🤣🤣🤣🤣🤣🤣. I will be their nightmare for the rest of their lives cos I took them by surprise! 🇬🇭. 1 woman thousand🤣🤣🤣😂🤣😂😅🤣. Bless you were ever u are Brother💋”

I am pretty sure that her continues rants will not get a reply from Sarkodie again as he obviously used the song to say whatever he wanted to voice out.