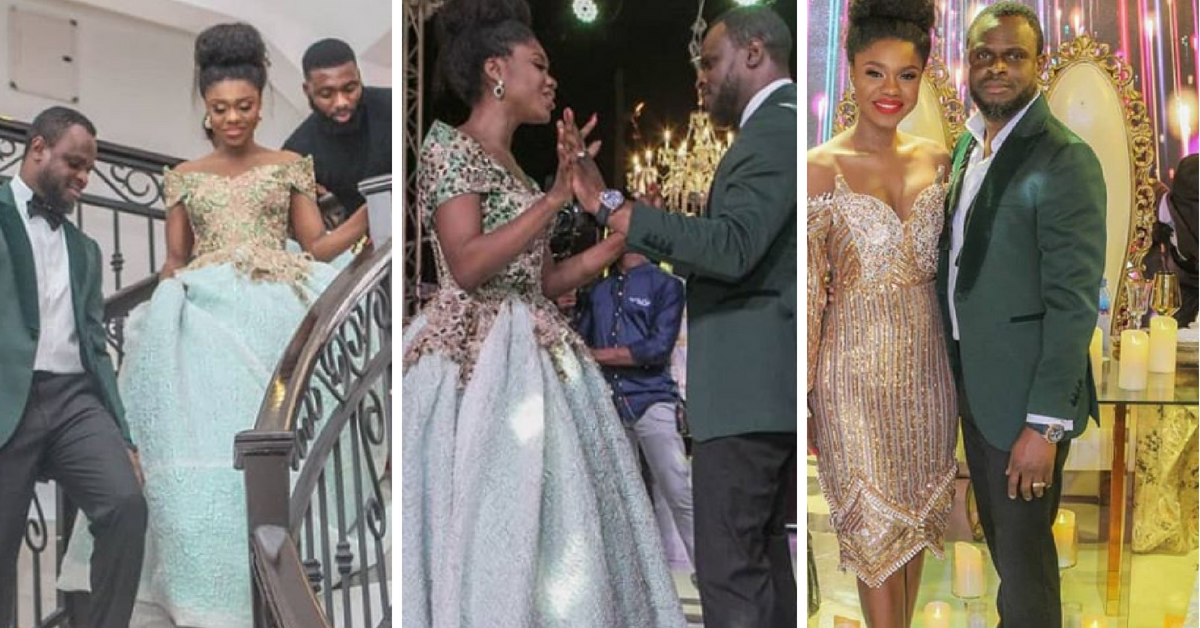 Ghanaian songstress, Becca has received a surprise from her husband.

The surprise came in as they are marking their 3rd marriage anniversary today, August 18, 2021.

In a post seen by Zionfelix.net, Becca revealed her husband, Tobi Sanni Daniel told her they were going to Nigeria, meanwhile, he planned for their anniversary in France.

She thanked him for all that he’s been doing for her.

READ ALSO: Delay Advises Ladies On How To Introduce Themselves If Their Guys Are Not Posting Them

“3 days ago was my birthday and we had a little dinner at home.Woke up the next day, went to work as usual and hubby called me mid-day, to say he wanted us to travel home to Lagos same day, to celebrate our anniversary (Aug.18). Came back home to pack lightly, cos he mentioned we were traveling with the baby and her nanny. Headed to the airport to catch a flight to Nigeria, only to be handed boarding passes for Paris.

“The surprise here wasn’t about Paris but the fact that he chose to take me back to the exact spot I fell in love with him. We had a little argument that night in Paris many years ago but the same night ended with me fully coming to the realization of just how much I need him forever.

@drtobitobisannidaniel I thank you for every tiny little detail you pay attention to. The way you look after me, spoil me and make me feel like the luckiest girl in the world. I hope this 3rd anniversary leads us to our 100th in Jesus name. Happy Anniversary to us!” Becca captioned a photo with her husband.