Best Actress: Moesha Remakes Popular Cinderella Story To Turn Herself Into A Princess On Her Birthday (Watch Video) 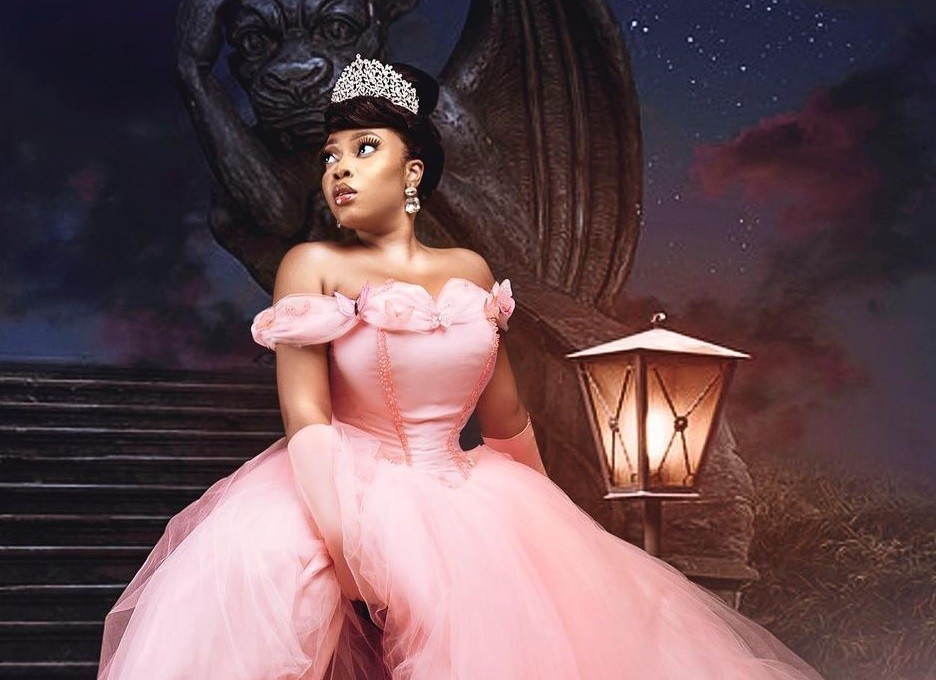 Ghanaian actress and video vixen, Moesha Boduong, has put her creativity to bare on the occasion of her 31st birthday which fell on March 10, 2021.

In a new video sighted by Zionfelix.net, the curvy actress was seen seated and crying on her birthday and we are made to believe she was playing the role of Cinderella.

A new character which Moesha doubles as, magically appears at the scene and asks why the lady is crying. The new lady then introduces herself as Moesha’s fairy godmother.

Moesha’s Cinderella character then says she is crying because it is her birthday and she wishes to become a princess.

To this, the character Moesha plays as the fairy godmother allays, “Cinderella’s” fears and magically transforms the crying Moesha into a beautiful princess.

This gets Moesha excited and she gets up to flaunt her pink ball gown and glittering tiara while showing off some dance moves.

Moesha took over social media on the occasion of her 31st birthday which saw her enjoying the day to the fullest.

The day started off for her with the release of her princess-themed photos and was followed up with a surprise birthday breakfast which was put together by her colleagues and saw many bloggers in attendance.

At midday, the actress dropped a remake of Beyonce’s Diva music video after leading many people to believe that she was going to release her first single.