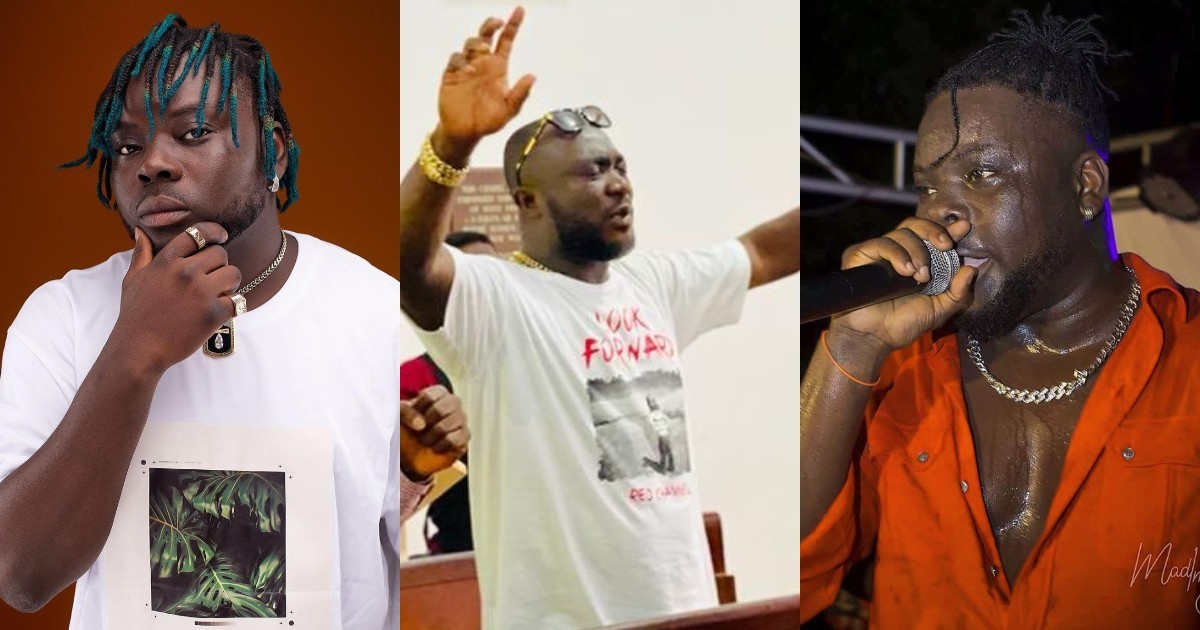 Musician Nhyiraba Kojo has rubbished rapper Agbeshie’s claim in an interview that he does not believe there is Jesus Christ and that the Bible is just like any story book.

While speaking in an exclusive interview with Zionfelix, Nhyiraba Kojo indicated that anyone who did not believe in the existence of Jesus Christ was dumb.

He added that no sane person can boldly claim that there is no Jesus Christ. Nhyiraba Kojo went on to cite a number of examples from the creation of the world to even childbirth to buttress his point of the existence of a supreme being.

Nhyiraba Kojo indicated that he was a staunch Christian and always acknowledged the role God plays in his life.

“I cannot do without God. Everything about me is God”, Nhyiraba Kojo said in the interview

He added that sometimes, they stay up all night playing gospel songs in his house just to praise and worship God.

WATCH VIDEO BELOW: (Forward to the 12th minute)

Nhyiraba Kojo said even thinking about life in totality should make one believe in the existence of a supreme being.

The Turn Around singer’s comments follow comments made by Agbeshie in an interview where he claimed the Bible was just like any story book and that he did not believe there was a being called Jesus Christ.

To Agbeshie, he only acknowledged the fact that he was created by something and he had to just be thankful that he was living to see another day.

Share
Facebook
Twitter
Pinterest
WhatsApp
Previous article
Best Actress: Moesha Remakes Popular Cinderella Story To Turn Herself Into A Princess On Her Birthday (Watch Video)
Next article
Why I Decided To Enter Into Music And Sing Like Beyoncé – Moesha Boduong Tells It All (Video)
- Advertisement -