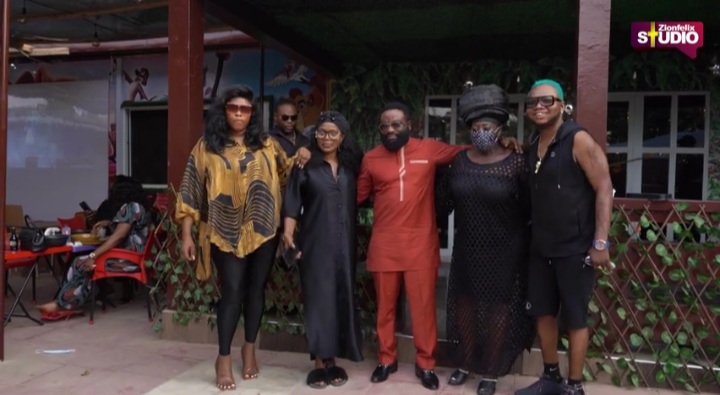 Ghanaian celebrities have been showing a lot of love to singer, entrepreneur and radio host Belinda Nana Akua Amoah who is popularly known as Mzbel since her father passed away.

Mzbel lost her father last week Thursday on his way to the hospital after a short sickness.

The father of the singer and radio host was buried last week Friday in accordance with Islamic traditions.

READ ALSO: Hilarious Reactions As Berla Mundi Gets Shocked Over Her Looks In A Throwback Photo Which Has Surfaced Online

Mzbel has indicated that two huge funerals will be organized in honor of her father despite the fact that he has already been buried.

Following the burial, Ghanaian celebrities have been flocking the office of the singer to sympathise with her for her loss.

In a video coverage by Zion Felix, several celebrities including Akuma Mama Zimbi, Frank Naro, Big Akwes and Dad K.D were around to mourn with their colleague Mzbel.

Watch the full video below:

My Afrochella performance was trashy – Mzbel admits and apologises