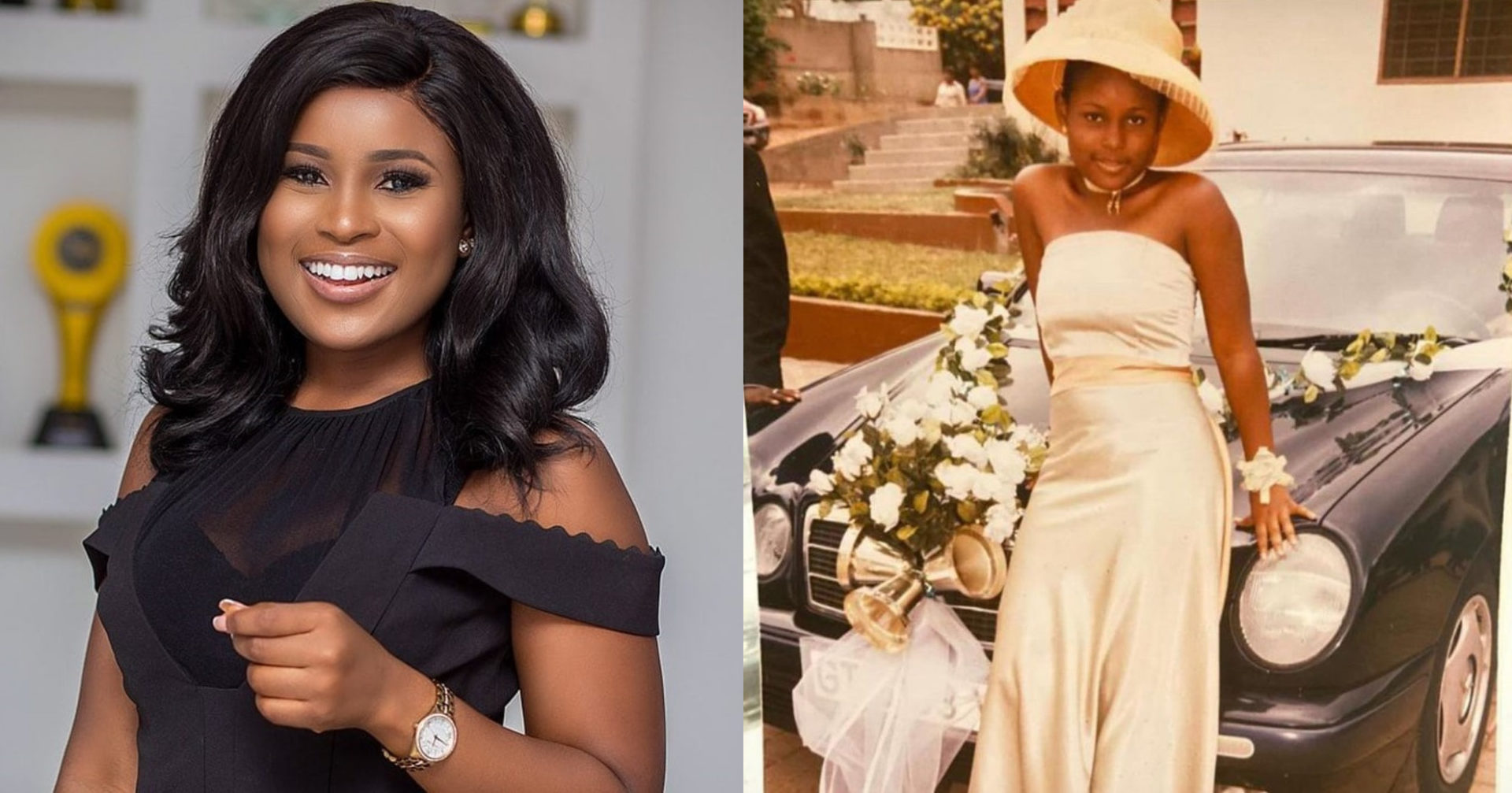 Award-winning media personality, Berla Mundi could not come to terms with the fact that she was indeed the same person in a throwback photo that was shared on social media by her employers, TV3.

The photo which was shared on the various social media platforms of TV3 was is captioned: ‘#TBT Hi @berlamundi 😍👋🏼 FYI, @giovani.caleb has a hand in this 🤭😂 #TV3GH’.

As soon as Berla Mundi saw the photo of herself dressed as though she was getting married on the day while she posed in front of a wedding car, Berla expressed shock and asked the question if that was truly her.

The reaction of Berla Mundi also brought out other hilarious ones of her followers.

Well, there are many more of such hilarious reactions under the post below