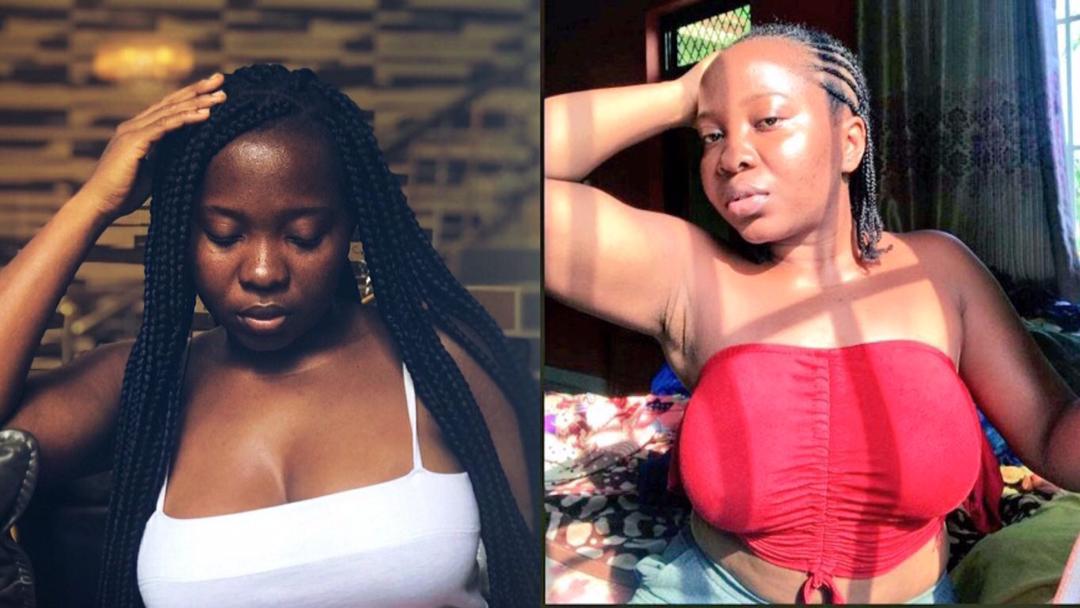 One Ghanaian Twitter Influencer called Akua Saucy has had her n*de photos leaked online by some guy.

The leak of the photos is currently a huge uproar on the Ghanaian Twitter space as a lot of the folks there have been sharing the photos with the hashtag #AkuaSaucy.

READ ALSO: Akuapem Poloo Has Created A Picture As If I Don’t Exist – Baby Daddy Speaks

The young lady, who is popular known the bird app as @Ayam_July is currently not in the best frame of her mind because a lot of the guys who have seen the photos have been passing a lot of bad comments about the photos.

The photos appears to to have been for the first time by one @Kwaby_Skrilla, who later on deleted them but it was too late.

The photos and videos are everywhere on Twitter and Telegram so you can find them and watch if you really want to see but we at zionfelix.net can’t share them here because it is against our policies.