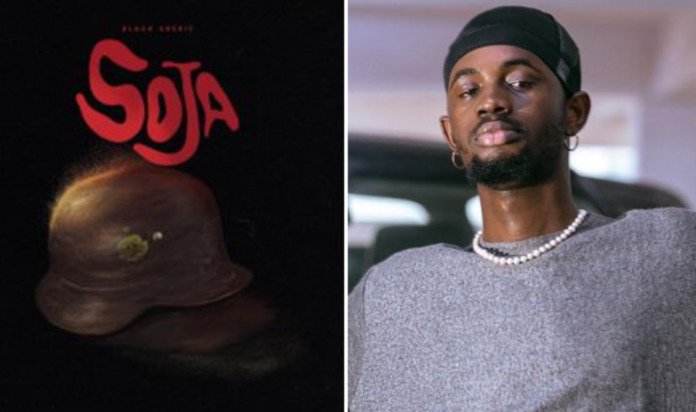 Sensation Ghanaian musician, Black Sherif, has been on top of many social media discussions following the release of his latest single. ‘Soja’.

Music lovers cannot have enough of the song because of how spiritual the lyrics sound.

Amid the many talks of the song and the attempts to understand what Black Sherif is trying to communicate in the song, a video of him explaining some parts of the lyrics and what inspired him to do the song at the studios of 3MiusicTV has surfaced online.

In the video, Black Sherif explains to Baba Sadiq, the head of 3Music Networks, and the other people present in the studio that the song discusses the need to deal with oneself in order to prevent one’s own anxieties and negative energy from distracting one from their life’s purpose and goals.

Black Sherif also added that he never felt any song anymore for about a week after penning down this particular song but he was asked to hold on before releasing it to the public.

He further revealed that the song also speaks about how people should brace themselves against all negative energies and their own anxieties in order not to lose focus in their lives.

Well, the explanation is also causing some bit of confusion because others feel he must not explain his lyrics because people relate to it differently.

Anyway, watch the video below for his explanation…

Popular Radio Presenter F!res Black Sherif And His Management For Being...