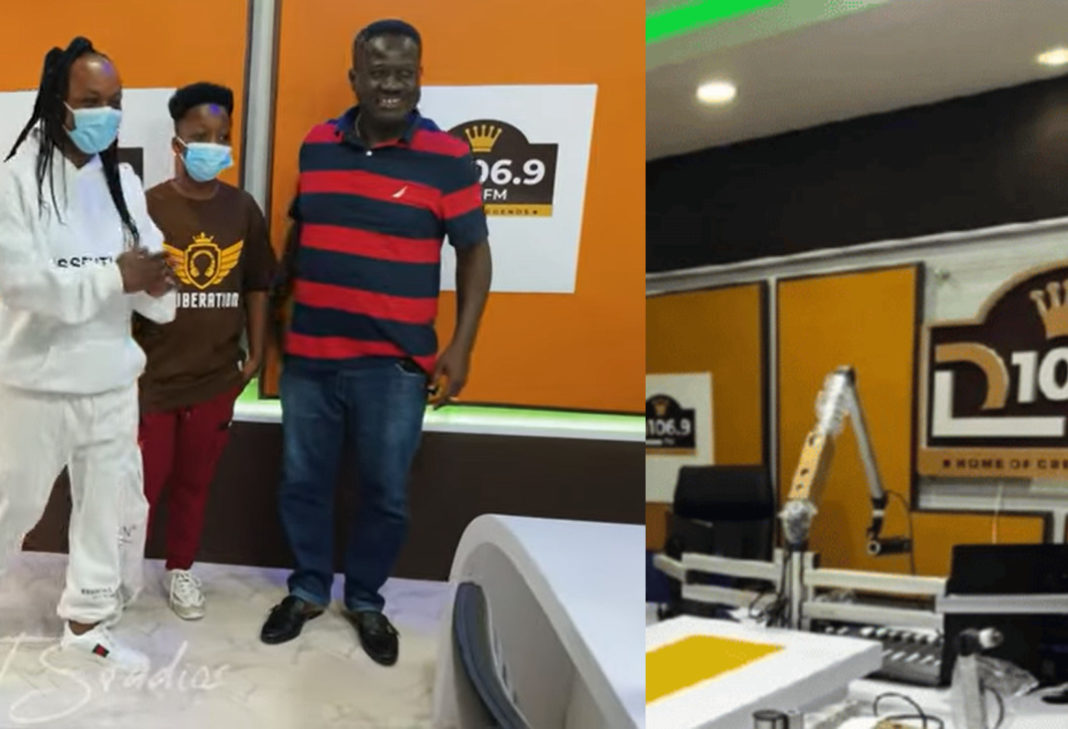 It recently emerged in the news space that legendary Ghanaian musician, Charles Kwadwo Fosu, who is popularly known as Daddy Lumba, has opened his own radio station.

The reports went rife soon after the hit online because many netizens apparently loved the idea that Daddy Lumba was venturing into the media space.

As of now, Daddy Lumba’s radio station which is called DL FM and operating on the frequency, 106.9 is doing its test transmission in the capital.

After sharing a sneak peek of how the interior looks when he shared a post to announce that he has a radio station recently on his social media page, Daddy Lumba dropped a new video of the moment he stormed the station with his young son.

In the video sighted on Daddy Lumba’s YouTube page, he and his son were welcomed into the studios of the FM station by the manager and other staff members who were working assiduously.

The manager of the station known as E.T. Akonor was also seen introducing Daddy Lumba to some of the employees who were very humbled to see him.

His fans have been reacting to this video below. Check it out for more…