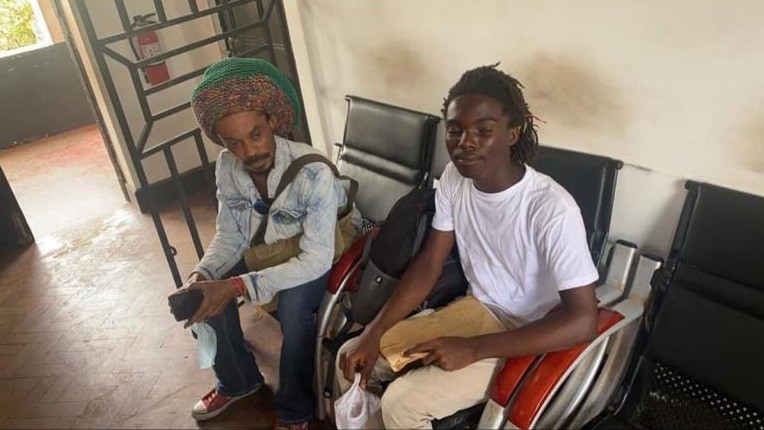 The brilliant young man who was allegedly denied admission at Achimota School on Thursday, March 18, 2020, because he has dreadlocks has finally the world what actually happened.

Speaking in an exclusive interview with Citi TV, Tyron revealed that one mistress in the school who was supposed received the things he was required to bring to the school told him point-blank that she does not want anything to do with him.

Tyron added that he felt very disappointed that the madam told him this because Achimota School has been his long-time dream school and that he didn’t expect that the school will deny him admission over his dreadlocks and not his academic prowess.

Well, the families of Tyron and the other young Rastafarian student who was also allegedly denied admission intend to sue the school over discrimination.

The fathers of these two children said in the interview that they expect President Akufo-Addo and the Ghana Education Service (GES) to intervene as soon as possible to avert the situation or they take the legal route.

READ ALSO: Stonebwoy Reacts To The Reports About The Sacking Of Two Students With Dreadlocks From Achimota School

In other news, Child Rights International, an NGO, is backing Raswad Menkrabea and has called on the Achimota School to reverse the decision.

“The constitution of our country bestows the right to education as a substantive right of every child and no other impediment can be placed on any child in that regard,” the NGO said in a statement.

Child Rights said a balance between the school rules and rights of parents was necessary in this situation.

“In our opinion, where there is a clash, each school must find its relevant space within our educational system but the ultimate is the substantive rights of children.”

“A child should not be denied access to education irrespective of his/her makeup, even if its ‘Rastafarian hair’,” Child Rights stressed.

Share
Facebook
Twitter
Pinterest
WhatsApp
Previous articleStonebwoy Reacts To The Reports About The Sacking Of Two Students With Dreadlocks From Achimota School
Next articleEfia Odo Shows Her Wa!st Beads To Fans In New Video
- Advertisement -

Watch Video: The Moment President Akufo-Addo And Wife Showed Off Their...