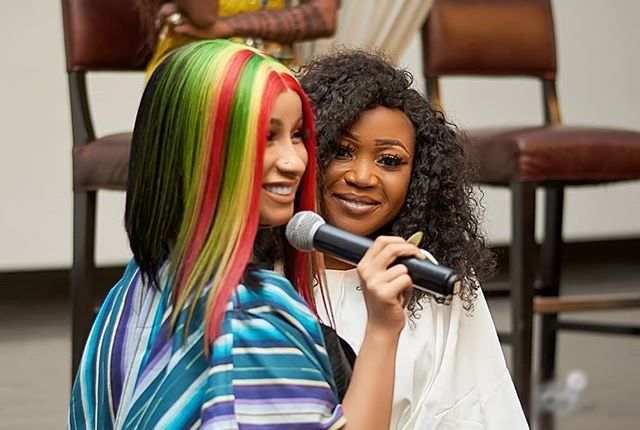 American rapper Cardi B has reacted to the jailing of her friend, Ghanaians actress and social media personality Rosemond Brown.

The actress was jailed for 90 days for posting naked photos he took in front of his son on social media. The sentence has been described as harsh by many social media users and celebrities.

READ ALSO: Did Cardi B Take This Amount To Perform Only In Ghana?

Cardi B who became friends with the controversial social media personality on her visit to Ghana also added her voice to the condemn the punishment meted out to her friend.

Cardi B described the jail term as a harsh form of punishment to give to a first offender whose only crime was posting naked pictures which is something common in America.

READ ALSO: VIDEO: I Was Told Shatta Wale Is The Biggest Ghanaian Artiste – Cardi B Reveals

The “Bodak Yellow” hitmaker was quick to add that taking such pictures and putting them out is not her style.

She wrote: “I seen a lot of Americans do photoshoots like that .Even tho is not my style I don’t think she was going for sexual more going the natural idea.I think jail is a bit harsh .Maybe social media probation or community service.”

Silly Akuapem Poloo Has Inspired Me To Finish My Book –...