Clemento Suarez Hilariously Speak About His Marriage In A New Interview 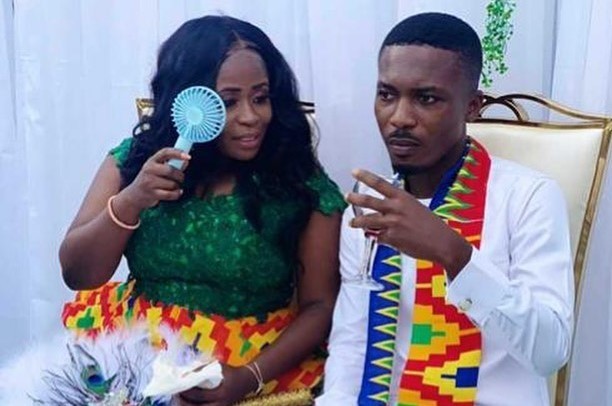 Ghanaian comedian, Clement Ashiteye, well known as Clemento Suarez, has hilariously spoken about his marriage in a new interview.

The renowned comedian tied the knot with his longtime girlfriend, Silvia Bioh in a private traditional ceremony, as Zionfelix.net reported earlier.

Clemento explained to ZionFelix why he chose to keep the traditional marriage ceremony private.

On the back of this, Clemento Suarez has told Bongo De Pharaa in an interview on Okay FM’s ‘Ekwansodwoodwoo’ program how successful the event went.

He reiterated why he decided not to publicly announce the traditional ceremony.

Clemento Suarez revealed his wife has been by his side for a long time.

He jokingly stated that all his supposed girlfriends did not introduce him to their families—so he made a decision to marry the one who took the bold step of introducing him.

READ ALSO: I Sent Nana Ama McBrown One Message On Instagram And She Changed My Life – Teacher Kwadwo Tells Story

When he was asked if he will stop joking now that he is married, Clemento Suarez answered that he paid the bride prize through his comedy business, so he won’t stop.

In another hilarious statement, the popular comedian said he will make his wife enjoy his jokes only if she pays him.

Listen to his interview on Okay FM below.