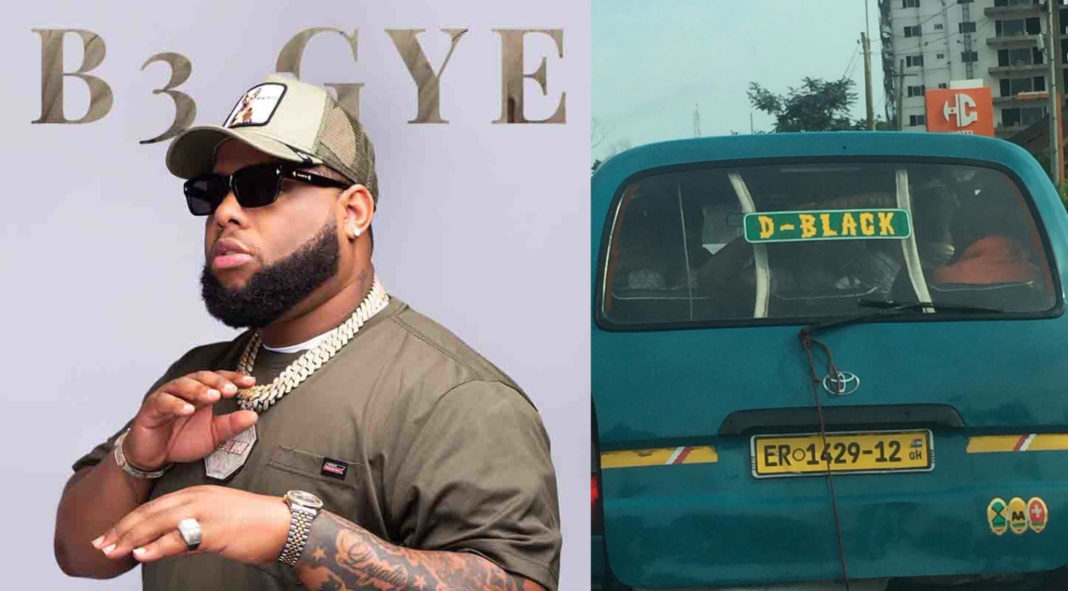 American rapper, Kendrick Lamar is currently in Ghana to promote his new album titled “Mr Morale and The Big Steppers”.

As part of the promotion for the album, Kendrick Lamar and Spotify released some photos of the various songs on the album, and its title was boldly written on cars used in the local transport system known as ‘trotro’ in the capital online.

These photos soon after they hit online got a lot of reaction from netizens who loved what appeared to be a beautiful way to promote the song.

While many people thought it is the first time any musician has done that, the boss of Black Avenue Muzik, D-Black has released photos of his own name embossed on many ‘trotros’ to show that he is the king of the streets.

D-Black shared the photos on his wall and added the caption: ‘Station Master