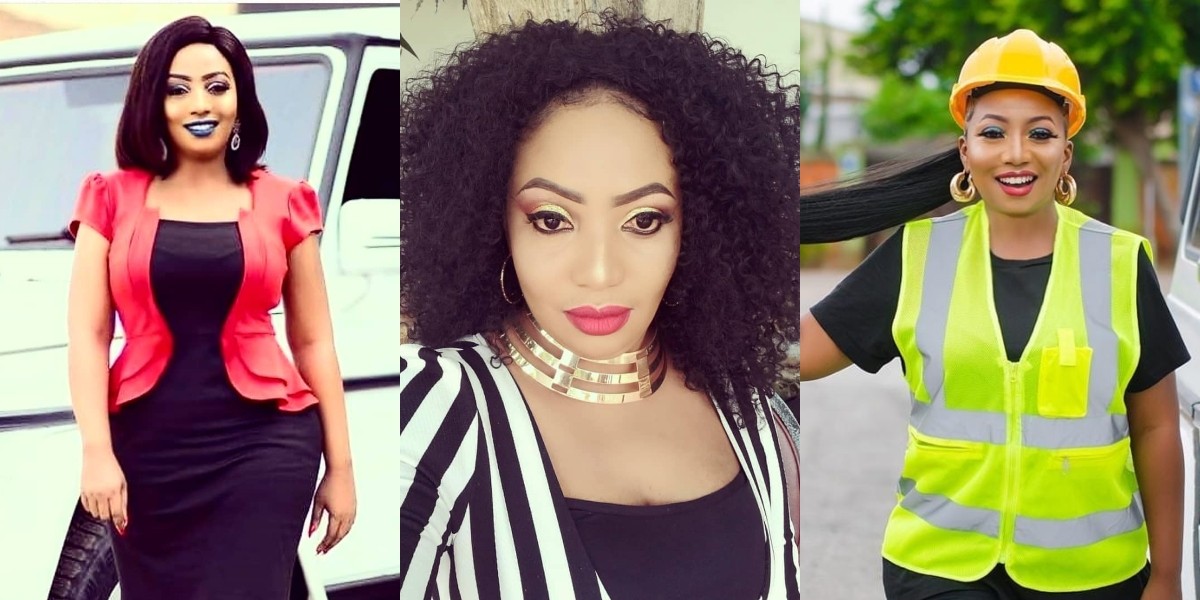 One-time politician and parliamentary aspirant, Diamond Appiah, threw a lavish birthday party for herself in her huge mansion on September 5, 2020.

The party which was to celebrate her 33rd birthday saw many celebs in attendance and also saw a lot of food, drinks, and non-stop merrymaking.

It is prototypical for birthday celebrants to be showered with gifts and immense love on the day of the celebration but Diamond Appiah chose to turn the tables.

Many things were captured on the night but the most notable of all was when the birthday celebrant announced that she had gifts for her guests.

Diamond Appiah walked the attendees to what looked like a garage and unveiled 2 Kia cars which she was gifting to 2 mentors in her life.

The Kia cars – one black and one white – were being gifted to one Fred Kyei Mensah and veteran actress Grace Omaboe popularly known as Maame Dokono.

After the cars were unveiled, the recipients were made to sit in them and start the engines to prove that indeed the cars were indeed fresh.

Diamond Appiah’s birthday party was attended by almost all the big names in the music and movie industry.

We Won’t Leave You Alone, We Will Correct You When You...