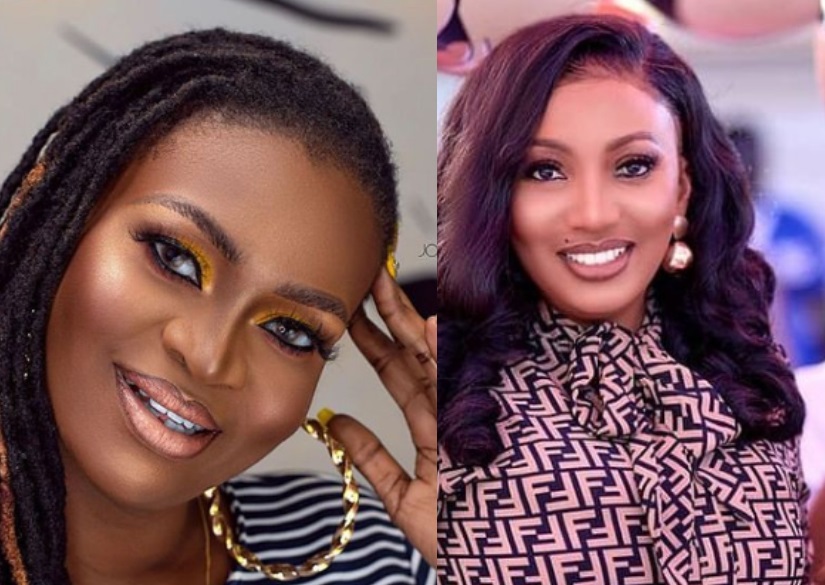 Earlier yesterday, Ghanaian musician and businesswoman Diamond Appiah aka Audio Billionaire was arrested and arraigned before an Accra Circuit Court

According to confirmed reports, Diamond was dragged to court by Ayisha Modi for allegedly duping her to the tune of US$30,000 under the pretext of securing her a plot of land at East Legon in Accra.

The court presided over by Evelyn Asamoah charged Diamond with a count of fraudulent transactions in a land deal but she pleaded not guilty and maintained her innocence throughout the court’s session.

She was sent to remand just in case she would have a change of mind but she still insisted she was not guilty.

Earlier in March 2022, Ayisha alleged on social media that she has been duped by Diamond Appiah after paying $30,000 for a piece of land situated at East Legon.

Ayisha who has since been engaged in a series of banter with Diamond over the property said she had not received the land documents after paying in full.

The outspoken philanthropist, in a series of rants on social media said Diamond Appiah always brings up the excuse that the man who originally owns the land had travelled, hence the documents are inaccessible.

“I have sent messages; I have asked people to call you for my land papers and u kept telling them the Man you bought the land from is not in Ghana. Madam point of correction I don’t know any man and I don’t care, all I need is my land papers. I will post the date that money was transferred to your account in Ghana for u to see how long and how patient I have been with u.

“Enough is enough, rich lady. I beg you in the name of God or else what will happen will happen. $40,000? I won’t let it go. Am giving you by the end of this month for u to give me my land papers which have been fully paid for, if not all hell will break loose. Thank you, my rich woman. I repeat myself I don’t know any man and besides, I didn’t make any payment to anyone but you. If u want peace in East Legon kindly just give me my land papers. You and I know the deal. Eish, what kind of Rich women mpo nie? Boi,” Ayisha earlier stated in one of her rants on Instagram.

READ ALSO: VIDEO: “I made over 200 million dollars in 2022” – Twene Jonas brags as he shows his account balance

SourceZionfelix.net
Share
Facebook
Twitter
Pinterest
WhatsApp
Previous article
VIDEO: “I made over 200 million dollars in 2022” – Twene Jonas brags as he shows his account balance
Next article
Appietus And Papi Of Five5 Fame Hurl Insults At Each Other On Live TV – Watch Video
- Advertisement -

Ayisha Modi Reechoes Her Love For Stonebwoy And His Wife As...