VIDEO: “I made over 200 million dollars in 2022” – Twene Jonas brags as he shows his account balance 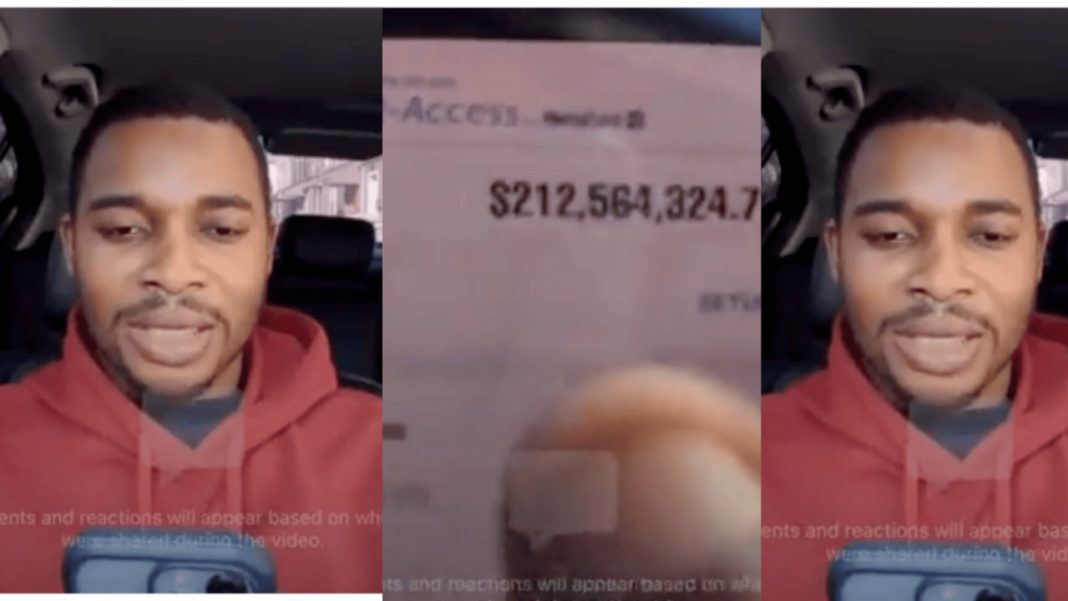 Ghanaian socialite and political critic, Twene Jonas has bragged that he made over 200 million USD in just last year alone.

In a self-made video that he shared on his social media pages, Twene Jonas showed his account balance and it was over 200 million as he claimed.

READ ALSO: You Will Pay For Every Dollar You Collected Off My Investments – Bulldog Tells Appietus After He Put 5Five’s Songs On Digital Platforms

The loudmouth and controversial public figure chided Shatta Wale and other Ghanaian celebrities to remain humble because he’s much richer than all of them combined.

According to Twene Jonas, despite having this huge fortune to his name, he’s still humble and not a braggart like Shatta Wale.

He claimed to have made all this money from his hard work in the US – Because he works, saves, and invests a lot.

Although Twene Jonas showed a video proof that he’s actually worth 200 million dollars but a lot of social media users claim he’s lying.

As opined by these people, Twene Jonas is a serial lair and as such shouldn’t be taken seriously anytime he claims to have owned something of value.

Tell Wale to stop !nsulting us with his small money 10 cedis notes and show us his bank account balance just like I did, I saved 200 million dollars in only 2022 but yet I humble myself. Do you want warm up on Kennedy Agyapong? Glass Nkoaa 🔥 Hw3 fomm 🥰 https://t.co/zmUxnhvAkL pic.twitter.com/YCs5JAyLs0

READ ALSO: Gospel Musician Elijah The Worshiper Is Finally Out With His ‘Believe EP’

Twene Jonas Has A Mental Problem, I Don’t Envy Him For...