Godfred Obeng Boateng, the KNUST graduate bread seller who became talk of the town after actor John Dumelo posted a picture of him hawking on instagram has said he does not need the actor as his brand ambassador.

According to the CEO of A1 bakery who was speaking to Zionfelix on Radio Univers 105.7 FM, he does not need an ambassador for his products.  He added that he has not thought about getting a celebrity to be the face of his products so Mr. Dumelo’s name has not come up for discussion.

When asked his decision if the actor offers to be the ambassador for his products, the alumnus of KNUST who seemed not interested in the deal said John Dumelo will not approach him to give such a free service.

Mr Obeng Boateng who graduated in 2011 also denied claims that John’s action was a planned event designed to attract the public’s attention.

He also told Zionfelix on the Brunch2Lunch entertainment show that he has about 21 cars that supply his products. On how he had the information that John Dumelo has posted his picture on social media mocking him, Godfred disclosed that a friend informed him about the post but he was not troubled because he loves his job. 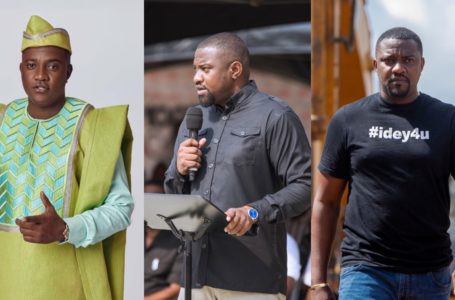