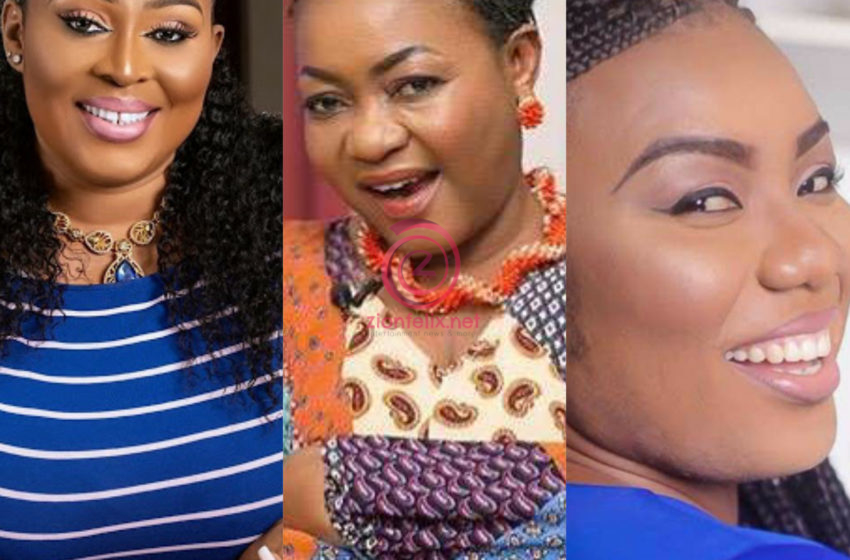 The Deputy Communication Director of the New Patriotic Party (NPP), Maame Afia Akoto, has berated the critics of some public figures who campaigned for Madam Lydia Seyram Alhassan at the Ayawaso West Wuogon Constituency.

Prince David Osei, Kalybos, Bismark The Joke, Cwesi Oteng, Bibi Bright, Jessica Williams and others were heavily chastised after they campaigned in favour of the Incumbent MP.

These critics argued they should have supported their colleague, John Dumelo who is contesting on the ticket of the opposition National Democratic Congress (NDC) at the same constituency.

Following this, Maame Afia Akoto in a post sighted by Zionfelix.net on Instagram stated that the critics of these public figures have the weakest understanding of democracy.

READ ALSO: Actors Campaigning Against John Dumelo Proves There Is No Love Among Us – Christiana Awuni

She gave an instance of which the Vice President, Dr Mahamdu Bawumia campaigned against his brother-in-law, Ramadan Adamu Muhammed at Adenta.

Madam Akoto wrote: “Those chastising the artists that went to Ayawaso West Wuogon to campaign with Maa Lydia Alhassan have the weakest understanding of democracy and should focus where their strength is . The sitting vice President Dr. Mahamadu Bawumia @mbawumia was in Adenta to campaign for Hon. Yaw Buabeng Asamoah against His Own Brother in-law , Ramadan Adamu Muhammed Yes ! Direct Younger brother to his beloved wife @sbawumia . But there is peace in their home and family. Lets get serious on this street and allow people to be . Respect to Actress @bibibright @jessicawilliamsgh @princedavidosei @kalybos_1 @bismarkthejoke @peterritchiegh @cwesiotengofficial & all who believes politics isn’t enmity but ideology . I salute you all. #1 #4more2domore #1goodtermdeservesanother.”