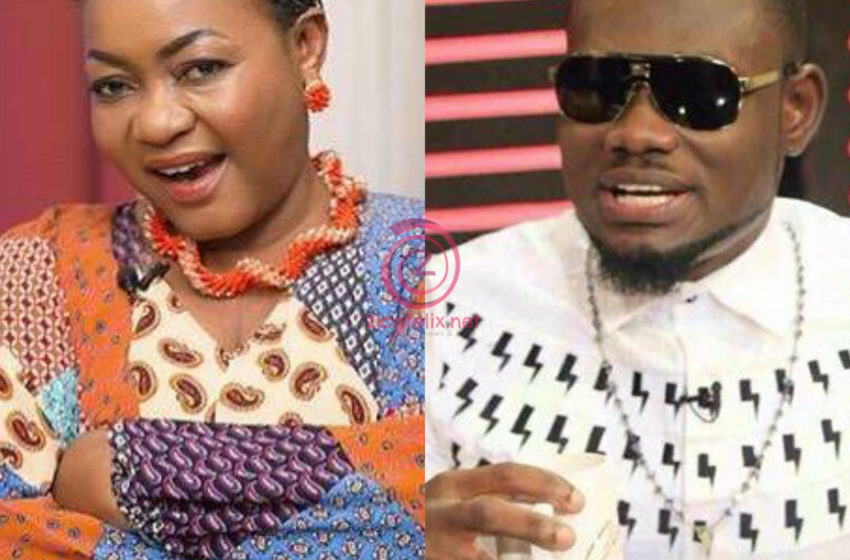 Ghanaian actor, Prince David Osei has responded to Christiana Awuni’s backlash at them after they campaigned for the incumbent MP of Ayawaso West Wuogon Constituency, Lydia Seyram Alhassan.

During an interview with Nana Romeo on Accra FM, Christiana Awuni stated that she was ashamed for Prince David Osei, Kalybos, Bismark The Joke, Cwesi Oteng, Bibi Bright, Jessica Williams and others who campaigned for the Ayawaso West Wuogon MP.

Since their colleague-John Dumelo was contesting at the same constituency she said they shouldn’t have campaigned there.

She added that their actions prove that there is no love among them.

Following her statement, Prince David Osei has hit back, stating that Madam Awuni needs Free SHS to understand the meaning of politics and democracy.

He argued that the fact that John Dumelo is an actor doesn’t mean all actors should campaign for him.

Prince David Osei questioned how many actors have helped John Dumelo in his campaign in his rebuttal sighted by Zionfelix.net.

He further tagged his critics as hypocrites.

Check out his reaction below.