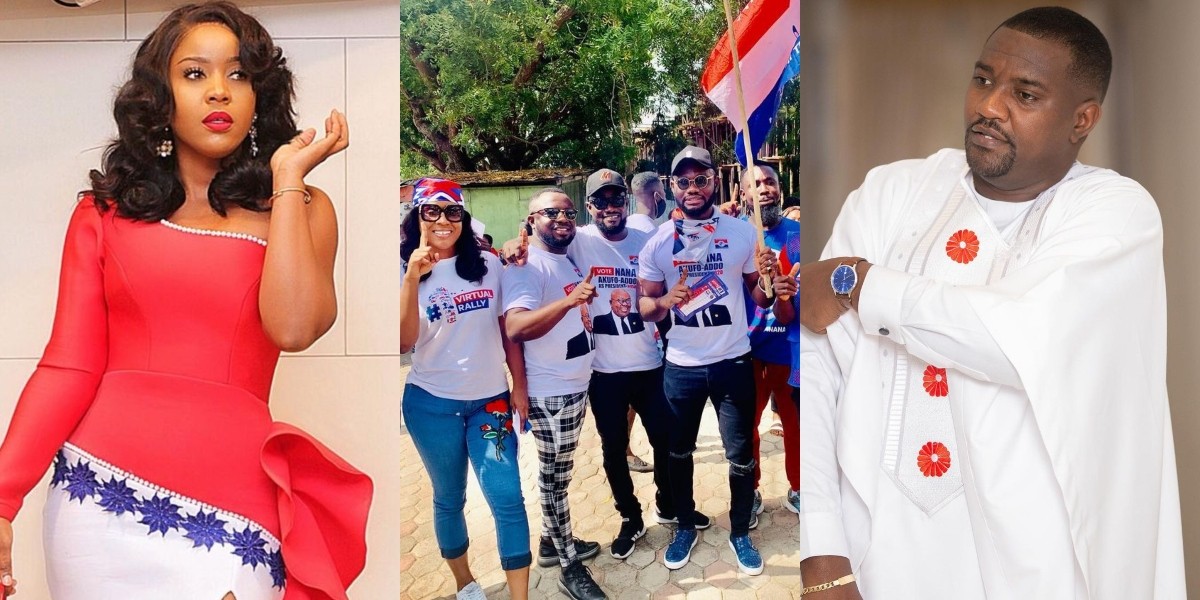 According to the actress it is their support and love and support for the ruling New Patriotic Party against John Dumelo and the National Democratic Congress is what people do not understand.

She went on to indicate that it was their genuineness to the NPP and MP Madam Lydia Alhassan that has pushed some celebs to show fake love to John Dumelo.

Jessica Williams reiterated that they did not hate Dumelo but it was just a matter of preference in terms of political affiliation that saw them on opposing sides.

She took to her Instagram page to write: “Am I allowed to Say that Our Realness and Genuine Love and Support for Our Beloved Party NPP 🇫🇷🐘🇫🇷 has Motivated them to show their Sudden Fake Love and Support ??? 😂😂… I’m asking for a Friend”

Jessica’s comments follow some backlash that actor and comedian Kalybos received after he was seen in a viral video teasing Dumelo and asking him to vote for his opponent.

Other celebs alike have equally been bashed for campaigning against their industry colleague and clearly defining their stance in terms of politics.