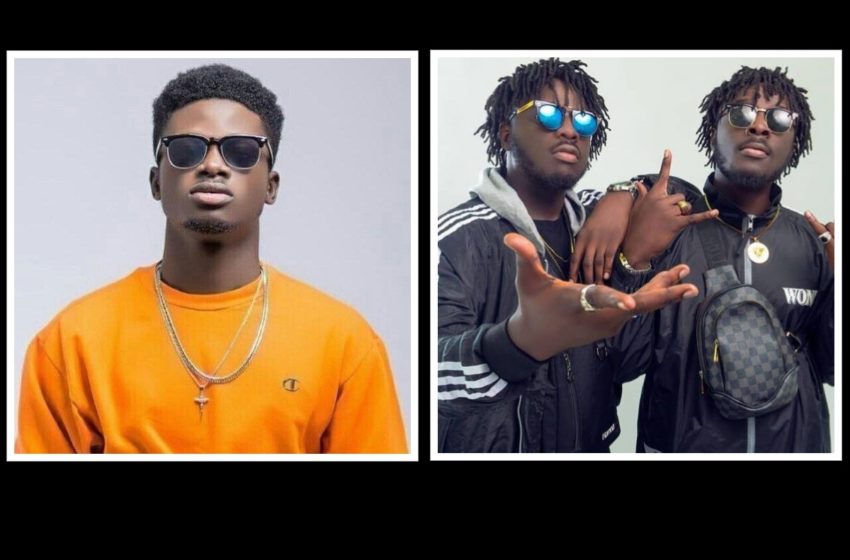 Kuami Eugene has reacted to Dope Nation’s exit from Lynx Entertainment barely a year after they joined the label.

In in an interview monitored by Zionfelix.net, the ‘Angela’ hitmaker told Joy News he feels good about the decision of Dope Nation to leave Lynx Entertainment.

“They are two matured folks…they joined Lynx Entertainment and I believe their time is over…which that one Richie should answer,” he said.

Kuami Eugene stated that there is time for everything and if they have mastered the courage to leave Lynx Entertainment, “May God help them.”

He revealed he is happy for them and their exit doesn’t mean the world has ended for them.

Bidding them good-bye, Kuami Eugene jokingly said he is glad because what would have been shared among four boys will now be shared among two boys [KiDi and himself].

The Dope Nation duo, Micheal Boafo, popularly known as B2 and Tony Boafo, known as Twist reportedly refused to renew their contract with Lynx Entertainment following its expiration.

They joined Lynx Entertainment in April 2019 and their exit from the label was reported some weeks ago.