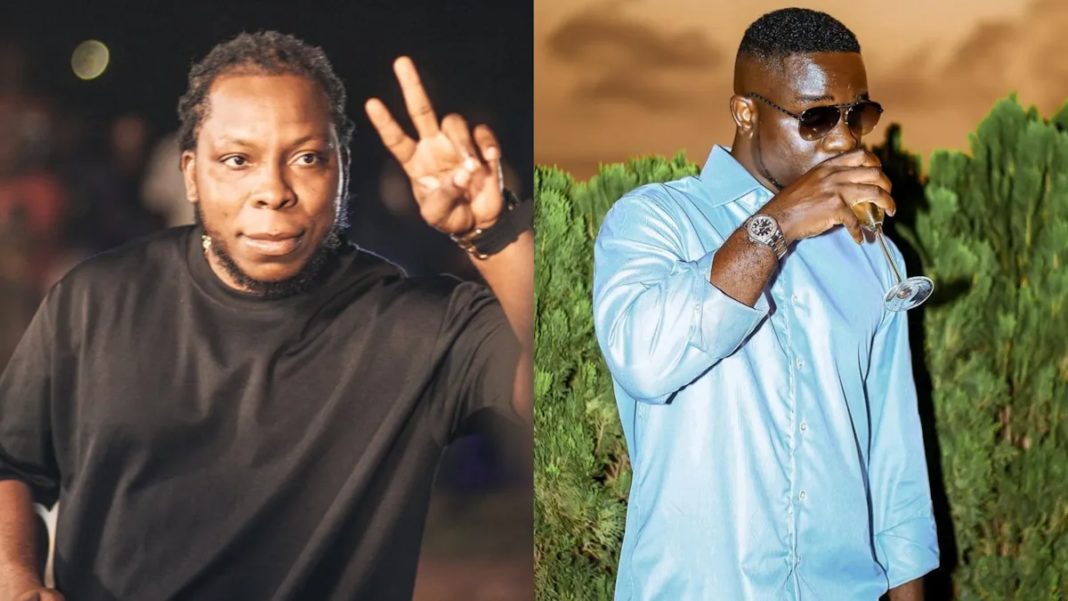 The boss of VRMG, Edem has revealed that despite the suggestions that he and Sarkodie are not cool as they used to be because of the latter’s failure to show up for the video shoot of his song ‘Favour’, they are very cool.

In a chat with Zionfelix, Edem made the point that he is somebody who hardly holds grudges when people do things that somehow hurt him.

According to him, he mostly tells you straight to the face that your f0rked up and that is all.

He went further to reveal that he and Sarkodie have over the years shared a strong bond and gone out of their way to do unimaginable things for themselves.

Edem sighted an instance when Sarkodie despite being seriously down with malaria and shivering badly decided to still perform at the birthday party of his father-in-law.

The ‘Ma Cherie’ crooner also revealed how at a time he also had to leave his daughter who was just one year old on the sickbed after she swallowed an office pin just to make an appearance at Sarkodie‘s Rapperholic because he did not want to disappoint him.

Share
Facebook
Twitter
Pinterest
WhatsApp
Previous articleFrance Ambassador To Ghana, H.E. Anne Sophie AVÉ Congratulates Sleeky Over His Appointment At CLIMA Africa
Next articleDJ Mic Smith Calls On UTV To Apologize To Feli Nuna Over Altercation With A Plus
- Advertisement -