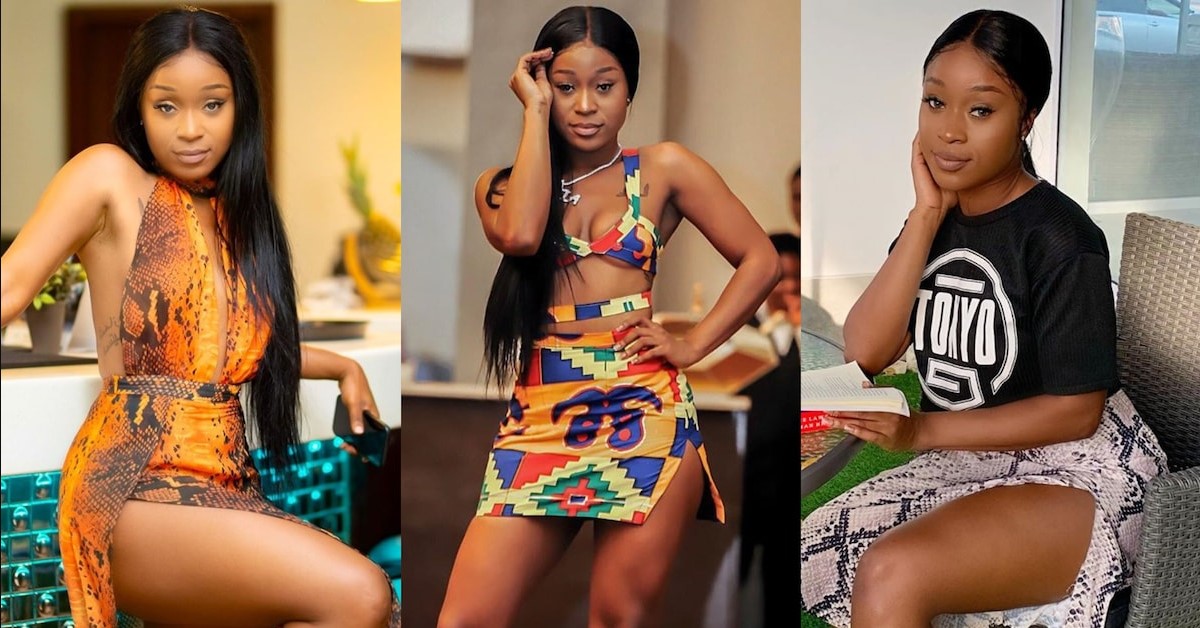 Model and Instagram goddess, Andrea Owusu, famed as Efia Odo, has been spotted in Ghana following her trip to the United States of America after borders were open.

She was spotted in Ghana for the first time after her return attending the birthday party of songstress Sista Afia.

As usual, Efia Odo turned out to be the life of the party as she caused many heads to turn with her grand entry and usual skimpy outfit which showed her cleavage.

Efia Odo arrived at the party wearing a black see-through shirt over some hot pants. Just like is done for any celebrity, all the cameras and eyes were on her as she made her entrance.

She then went into the cubicle designated for the plush birthday party and took her seat while waiting for others to arrive.

Sista Afia turned a year older on November 8, 2020, and took the opportunity to host her celeb friends and others to a birthday party.

Among the many attendees of the party were Fella Makafui, music duo Keche, Ibrah1 and a host of other top-notch personalities.