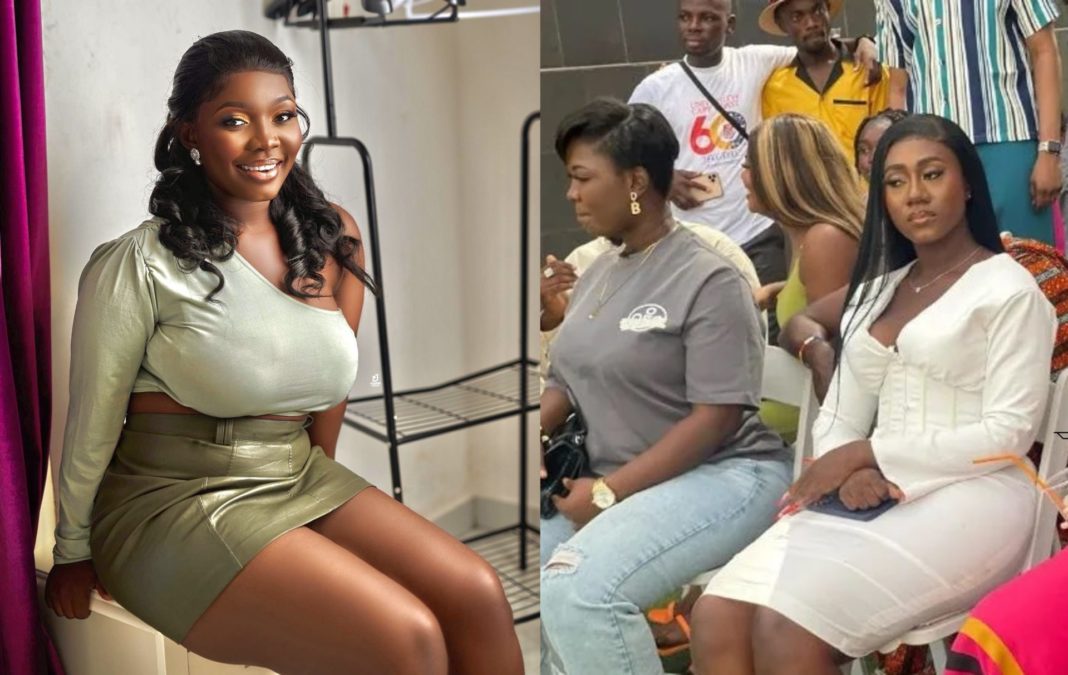 The failure of some TikTokers to allegedly accept an amount of Ghc3000 to share among themselves when they went to Fadda Dickson‘s birthday party on January 1, 2023, became a huge topic of discussion on social media.

The numerous reports published at the time suggested that the money was given to about 21 of them to share, which meant that each individual was going to get roughly Ghc142.

READ ALSO: Meek Mill Clears Air On Whether He Was Given The Authorization To Shoot His Music Video At Jubilee House

While it was earlier suggested that these TikTokers refused to take the money because they felt insulted, Felicia Osei, who happen to be one of the TikTokers who graced the occasion has come to set the records straight.

READ ALSO: Big Akwes shows schnapps and local eggs as he threatens to curse Frank Naro to de@th if he denies not trying to use Kumawood stars for sacrifice

For starters, she confirmed that they were given the exact amount quoted in the public space to share among themselves.

However, they felt it was not necessary to take the amount because they were invited for a birthday party and not a program that they were to be paid for.

Felicia Osei also stressed that they all enjoyed themselves with the food, drinks, and other things provided at the birthday party so there was no need to take any extra money for transportation.

“We did not go there because we needed money. We went there because we wanted to meet ourselves. It was a privilege that we were invited and it ends there. We were grateful and thought they should keep the money,” she said on Onua FM.

She went on to state that during her recent trip to Amsterdam, she realize that people who attend parties are the ones who bring gifts along and not the reverse as seen in Ghana.

Fadda Dickson Flaunts All His Luxurious Cars As He Celebrates His...