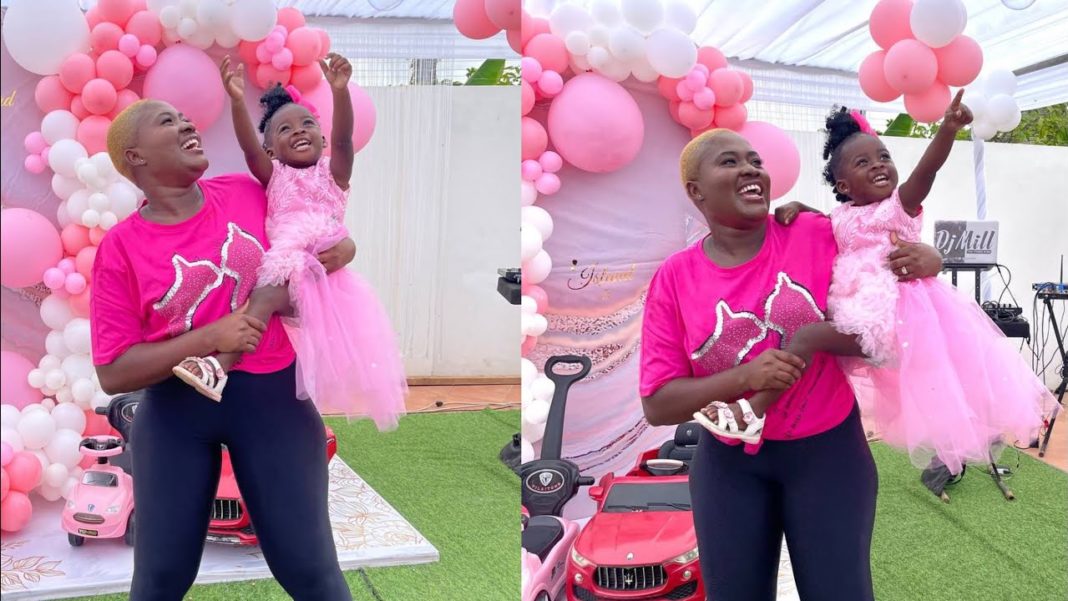 Even though this special day in the life of Island could not be witnessed by her father who is currently on a tour in Europe, her mother decided to throw a lavish birthday party for her to celebrate her big day.

The pink-themed birthday party took place at the plush residence of Fella Makafui and Medikal in the capital.

The various photos and videos that have surfaced online capture all the interesting things that happened at the birthday party of the pretty young girl who looks just like her mother.

READ ALSO: Be Careful, A Lot Of Ladies Are Now Into Blood Money – Ajagurajah Warns Men

The residence of Medikal and Fella was opened to the kids who live in the neighborhood and some mates of Island were also invited to the party to join her celebration.

The birthday girl herself, Island for her first party dress was spotted wearing a pink tulle dress which also had pink sandals to compliment her look.

The party was fun-filled as all the kids invited obviously enjoyed themselves to the max. Check out the video below…

Fella Makafui Blasts A Follower For Suggesting That Her Upcoming Single...