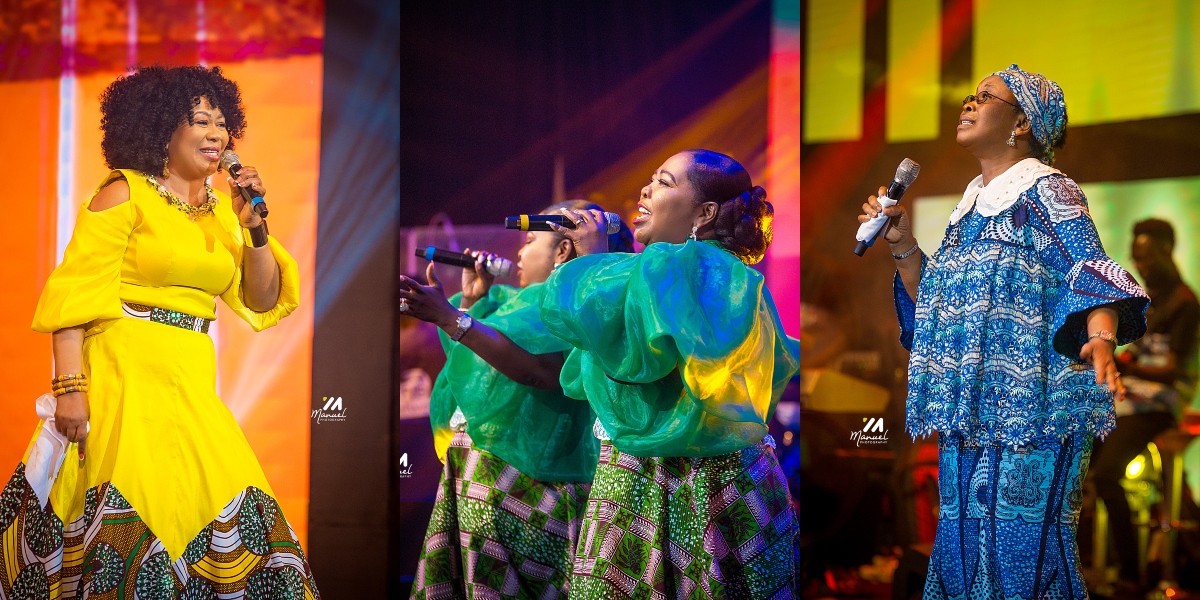 Many veteran and contemporary gospel stars mostly made of ladies, successful brought down heaven in a night of non-stop back-to-back performances of hit gospel songs.

The event was held on Sunday, September 20, 2020 at the ultra-modern auditorium of the University of Professional Studies, Accra (UPSA).

Each of the popular names took to the stage to bless the filled auditorium with their silky voices which we have known for years now.

On the night, the curator of the WOmen in Worship programme was joined by the female gospel legends to cut her 40th birthday cake on the stage.

There were a number of surprise performances from Yaw Sarpong and a host of other current gospel stars who have made a name for themselves.