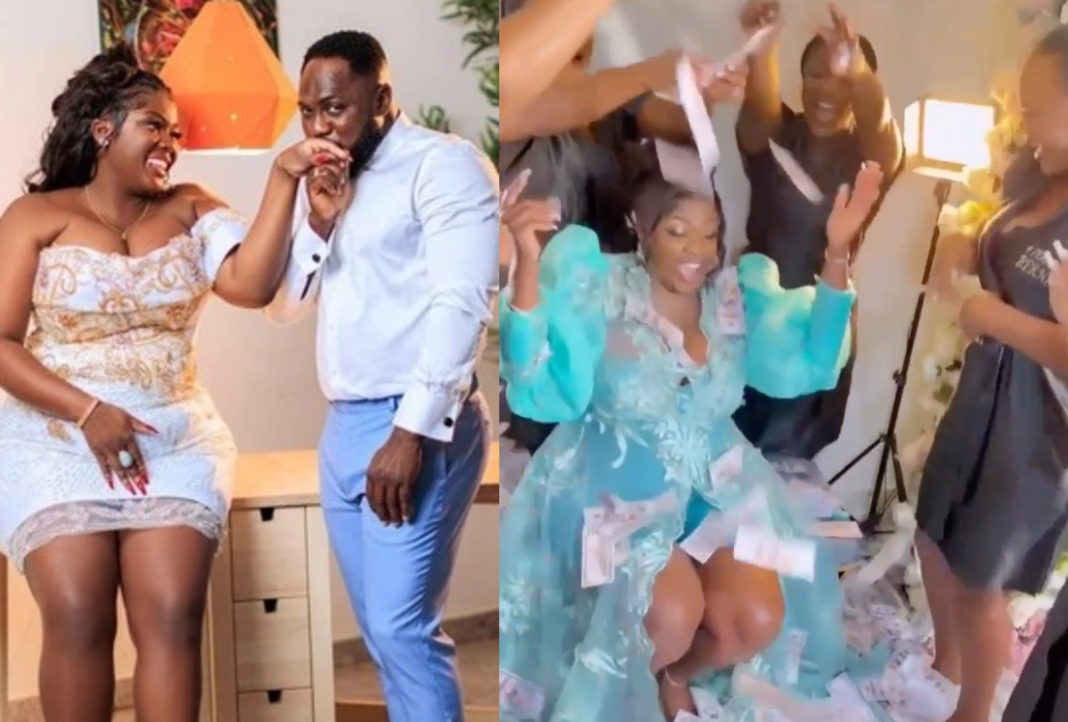 Many people have suggested that it might just be a hoax because a lot of the things which have unfolded in the last few days make it appears that the whole marriage thing will just be a movie.

Such assertions have been denied by many people who are close to the actress and her husband, Frank.

Also, there is a new video from the moment the actress was preparing with her bridesmaids to attend the customary marriage ceremony earlier today, July 28, 2022.

READ ALSO: I don’t have any problem with Akufo-Addo building the National Cathedral from his own pocket – Kumchacha

In the video, the actress is captured filled with a lot of joy and happiness while her numerous bridesmaids were raining fresh dollar notes on her.

Sharing the video online, Tracey confirmed that she is finally married and announced her new name online for all her followers. The caption of the video reads: ‘My name is Mrs Tracey Badu Ntiamoah 💍 🙏🏿🙏🏿🙏🏿 #francey22’