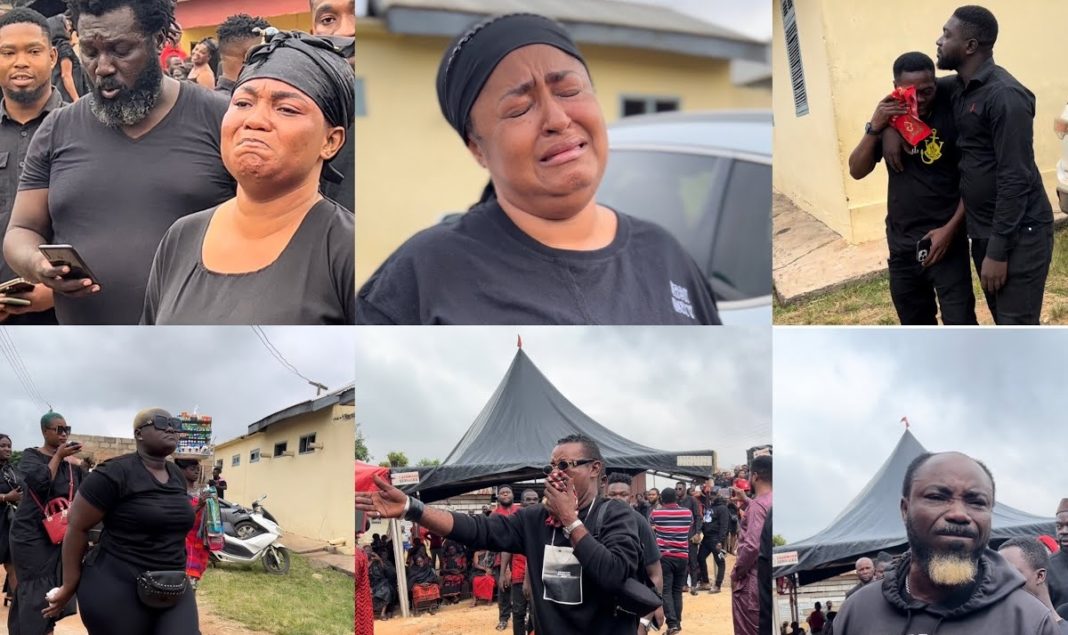 The final funeral rite is currently underway at the hometown of the late actor, Osei Tutu and so far, a lot of his former colleagues have turned up in their numbers to bid him a final farewell.

The scenes at the funeral grounds are quite heartbreaking as her former colleagues who are quite popular have been seen shedding uncontrollable tears.

Notable names like Big Akwes, Nana Yeboah, Shifo, Louisa Adinkra, Michael Afrane, and a few others in some videos available to zionfelix.net have been seen shedding tears as they paid their last respect the late Osei Tutu.

READ ALSO: Video Showing The Face Of The Beautiful Wife Of Kingdom FM’s Fiifi Pratt Surfaces Online As They Share A K!ss

Other people who have been sighted at the funeral include the likes of Ras Nene, Ama Tundra, Kyekyeku, 39/40, Oteele, Oboy Sika, Matilda Asare, and award-winning blogger/vlogger, Zionfelix.

Watch the videos from the event below…

Actor Osei Tutu’s death was announced on Tuesday, May 17, 2022, and soon after that many controversies about his death came up, including the claims by his mother that he died as a result of a spiritual attack.

The ‘gods’ And Spirits Of My Stool Punished Me For Seeing...