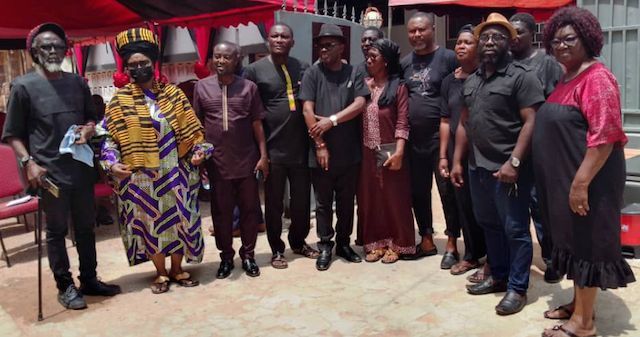 The Musicians Union of Ghana (MUSIGA) has pledged support for A.B Crentsil’s family.

Some top officials have visited the family of the late musician.

The delegation was led by the Acting President of MUSIGA, Bessa Simons.

The union declared their intention to support the family to give the veteran musician a befitting burial.

“As we all know, we have lost one of our legends who was also a former Vice President of MUSIGA and a founding member of AMWEF.

“He was also very supportive of the work of the union and played a great role in establishing the fund to support ageing and needy musicians. We will miss him greatly,’’ Bessa Simons said.

The demise of A.B Crentsil happened on July 13, 2022. His One-Week observation is slated for August 22.