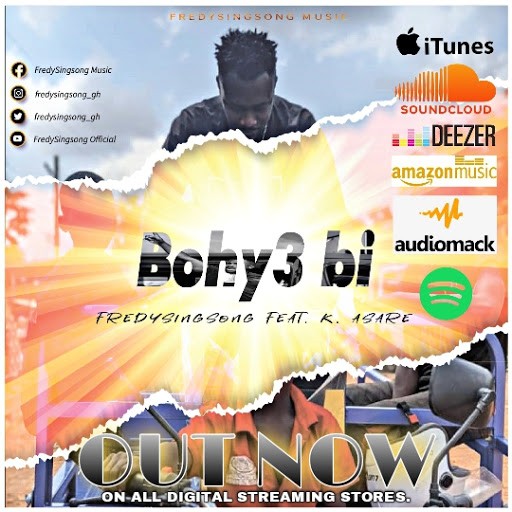 FredySingSong, born Fred Asare after disappearing from the music scene as a hiplife artist for almost a decade is back as an Urban Gospel Musician and has officially released a single titled ‘Bohy3 Bi’ ” which features  K. Asare and was produced by Hasty Baba.

The song titled ‘Bohy3 Bi’ means Promise, was taken from James chapter 1 verse 12 ‘’Blessed is the one who perseveres under trial because, having stood the test, that person will receive the crown of life that the Lord has promised to those who love him’’.

Enjoy Audio And Visuals Below: