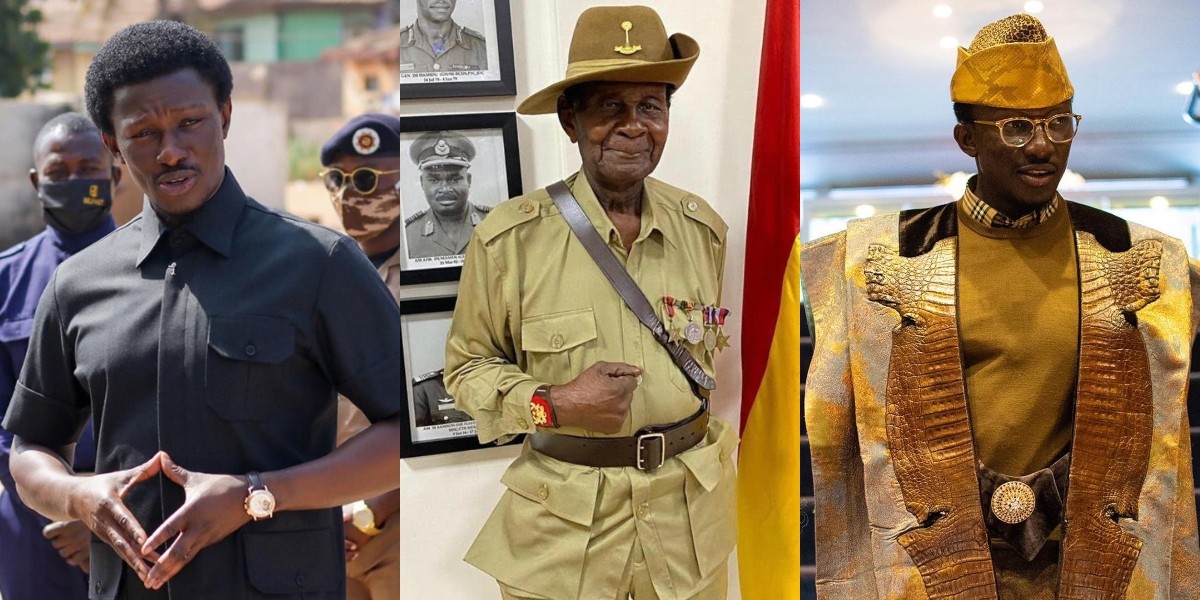 In a video sighted on Zionfelix’s Instagram page, Freedom Jacob Caesar was seen presenting the house to Private Joseph Hammond.

After receiving the house, Private Joseph Hammond indicated that Freedom’s kind gesture was the biggest surprise he has received in his 95 years on earth.

Private Joseph Hammond added that he was very happy with the house and that he was soon going to move in and enjoy all the gadgets installed in it.

Reports have it that Private Joseph Hammond, made a request to Freedom Jacob Caesar when the latter joined the war veteran on his humanitarian walk to raise money for other veterans.

Freedom Jacob Caesar, known widely as Cheddar, indicated that he was touched by the 95-year-old man’s determination to make a mark in society so he decided to put a huge smile on his face.

The wealthy realtor indicated that the house gift to Private Hammond was part of a sustainable framework and long-term vision for veterans across the continent.

In the video that was posted on Instagram, Freedom Jacob Caesar, visited Private Hammond in his humble abode and then it struck him to do something for the old man.

Cheddar And His Beautiful Wife Steal The Show At Stunncust CEO’s...