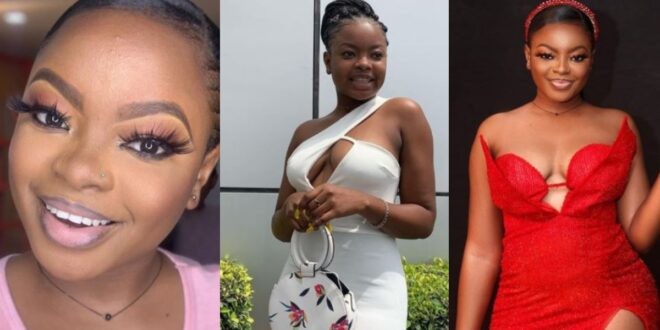 Rose of Date Rush has stated that Ghanaian men are stingy.

She made this statement during an interview with ZionFelix on the ‘Uncut’ Show.

Her statement comes after her date, Manbossey revealed on TV3 that Rose always ask for money whenever he sends her a message.

READ ALSO: Yes, My Mum Sells Indomie And Banku And So What? – Rose Of Date Rush Fame Goes Wild

Owusu Konadu Rose, as she is known privately, told Zion that she was testing her date and she wasn’t serious when she told him that she was broke.

She, however, added that she would have taken the money if the guy gave it to her.

Even after she added crying emojis to her message to him, Rose said Manbossey did not send the money.

According to her, a man should be able to surprise his woman when she has not even asked for something.

Rose indicated that she was pissed when Manbossey disclosed this on live TV, meanwhile, he didn’t give her the money.

Fatima Looked Down On Me When We First Met On Date...